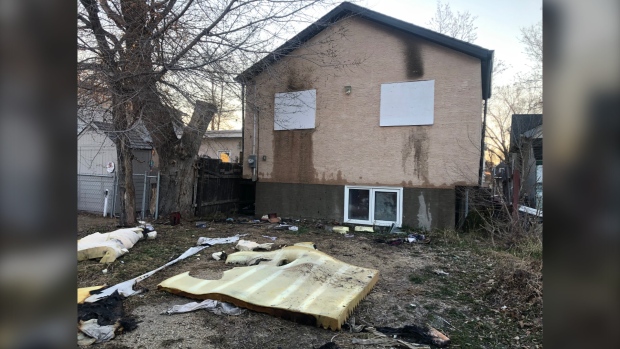 Winnipeg fire crews were called to a one-storey house in the 300 block of Marjorie Street just before 3 a.m. Upon arrival at the scene, they found smoke coming from the home and attacked the fire from inside the house. It was under control by 3:30 a.m.

Six fire trucks, one police cruiser and one ambulance could be seen at the scene of the fire.

Everyone got out of the house before firefighters arrived, and two people were taken to hospital in stable condition.

Marjorie Street was blocked between Ness and Portage Avenues, but has since reopened.

The cause of the fire is being investigated and there’s no damage estimate currently available.

– With files from CTV’s Alex Brown