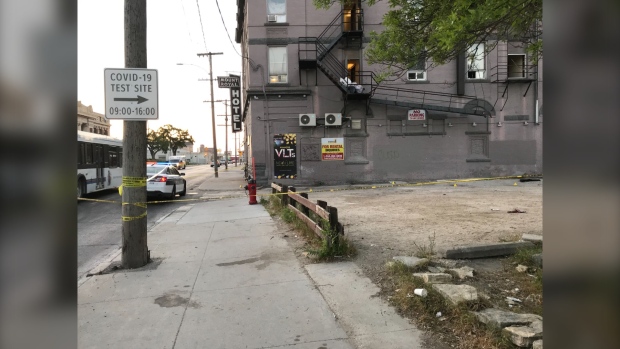 WINNIPEG — Winnipeg police have charged two people with manslaughter in connection to the fatal stabbing of a 29-year-old man on Aug. 6.

Police found the victim in a parking lot near a hotel in the 100 block of Higgins Avenue.

The victim, identified as Joshua Robert Jeromiah Hansen, was taken to the hospital in critical condition where he died. This was the city’s 27th homicide of the year.

The homicide unit investigated and arrested a suspect on Aug. 11 in the 100 block of Martha Street.

Police said before the attack on Hansen on Aug. 6, the accused stabbed a man over a minor dispute in the 100 block of Martha Street. The man was taken to hospital, treated and released.

Craig Armand Norman Ducharme, 34, has been charged with manslaughter, aggravated assault, and possession of a weapon.

Then, on Aug. 16, officers arrested a second homicide suspect in the area of Sherbrook Street and Cumberland Avenue.

Police allege a youth suspect stabbed a woman minutes before the unprovoked attack on Hansen. The woman was taken to hospital, where she was treated and released.

Police have both suspects in custody.

None of these charges have been proven in court.