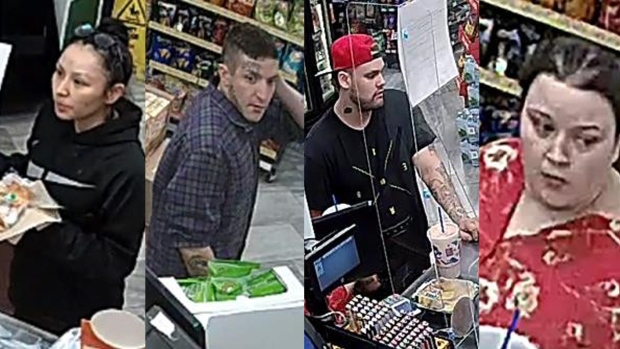 WINNIPEG — Manitoba RCMP has charged two women in connection with the homicide of a man whose remains were found in a Portage la Prairie garden in June.

During a news conference Tuesday afternoon, RCMP said Bobbi Hall, 26, and Chelsea O’Hanley, 24, both of Winnipeg, have been charged in connection with the death of Gerhard Reimer-Wiebe, 27.

Both women have been charged with first-degree murder, forcible confinement, and indignity to a dead human body.

RCMP had previously arrested Kyle Evan Sinkovits, 29, and Jonathan Bradley Narvey, 25, in connection with the homicide. The two men are facing charges of first-degree murder, forcible confinement, and indignity to a dead human body.

Remains were discovered near Baker Street in Portage la Prairie on June 24. On July 17, the remains were identified as Reimer-Wiebe, who was originally from Steinbach, but was living in Winnipeg at the time.

Earlier in July, RCMP investigators were on the scene of a home on Alfred Avenue in Winnipeg – residence they believe is connected with the investigation. The home burned in a fire on June 20, and was demolished for safety reasons. RCMP alleges the fire was arson that is linked to the murder.

Supt. Michael Koppang with the Manitoba RCMP said during the news conference that the four people arrested and charged are the same four caught on surveillance camera at a Portage la Prairie convenience store on June 20, 2020. RCMP believe Reimer-Wiebe was killed in the home on Alfred Avenue, and his body was placed in Portage la Prairie on June 20

None of the charges against any of the people arrested have been proven in court.