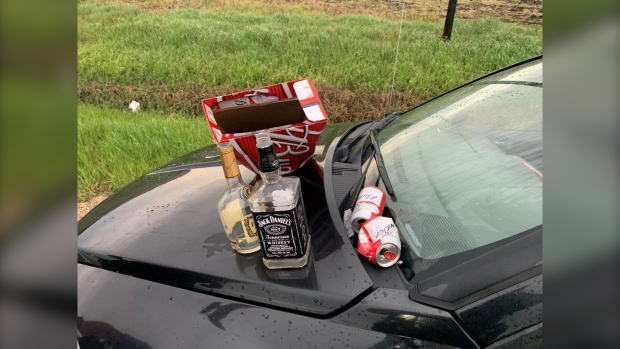 WINNIPEG — Two men from Winnipeg are facing impaired driving charges after they were stopped going the wrong way on the highway according to RCMP.

On June 6, around 8:05 p.m., Selkirk RCMP received reports of dangerous driving. A witness was telling a 911 call taker that a vehicle was going the wrong way on Highway 8 in the RM of St. Andrews, and the vehicle was swerving all over the road.

The witness said that the vehicle even stopped at one point and the driver and passenger switched positions and then continued driving.

RCMP said officers found the vehicle on Highway 8, just south of Highway 27, and pulled it over.

The 38-year-old driver and the 33-year-old passenger, both men from Winnipeg, were arrested for impaired driving.

RCMP said the men have been charged with impaired operation of a motor vehicle and impaired operation with a blood alcohol concentration that is equal to or exceeds 80 mg of alcohol in 100 ml of blood. The men are also facing fines under the Highway Traffic Act and Liquor, Gaming and Cannabis Act.

“It is so important to call police when you witness dangerous driving, this caller was able to safely provide updates which enabled police to quickly locate and stop this vehicle”, said Sgt. Darrell Catellier of Selkirk RCMP. “This could have easily had a very tragic outcome, so we thank the caller and all the other witnesses that assisted us.”

RCMP continues to investigate the incident.

The charges against both men have not been tested in court.