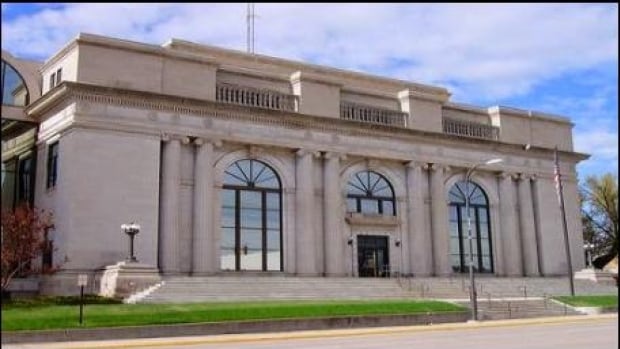 Two Manitoba women are facing several years in U.S. federal prisons after they were found guilty of cocaine trafficking in South Dakota earlier this month.

A Rapid City, S.D. jury found Winnipeg’s Bethlehem Shah guilty on Aug. 21 of conspiracy to distribute cocaine, according to a news release from the U.S. Attorney’s Office in the state last week.

The charge stems from an August 2018 police seizure of nearly 40 kilograms — 88 pounds — of cocaine during a highway traffic stop near Spearfish, S.D., according to the release.

Shah, 22, was supposed to meet Brittany Babiuk — also a Manitoban — in Fargo, N.D., to pick up cocaine and bring it across the border into Canada.

The U.S. Attorney’s Office says a co-conspirator worked with law enforcement to record phone calls and have Shah meet them in Spearfish to pick up the drugs. Shah was arrested there.

“As drug trafficking networks continue to become more brazen and sophisticated, all of our law enforcement agencies are joining together to meet the challenge,” said U.S. Attorney Ronald Parsons in the release.

The charge carries a minimum sentence of at least 10 years in a federal prison and/or a $10 million fine, at least five years of parole, a $100 donation to the Federal Crime Victims Fund as well as restitution.

Babiuk to be deported after prison time

Shah is scheduled to be sentenced on Dec. 14 in Rapid City and has since been taken into custody by the U.S. Marshal Service.

Meanwhile, Babiuk pleaded guilty in a South Dakota courtroom for her role in trafficking — one count of conspiracy to distribute a controlled substance — on Aug. 13, according to court documents

She will spend 87 months, or just over seven years, in prison for that crime, and will be supervised upon her release for two years, the documents say.

The court judgment file states Babiuk will be deported following her release from prison, but will have to provide her DNA to a probation officer.

Had she faced the two charges, she likely could have spent between 10 and 14 years in prison, Eisenbraun said.