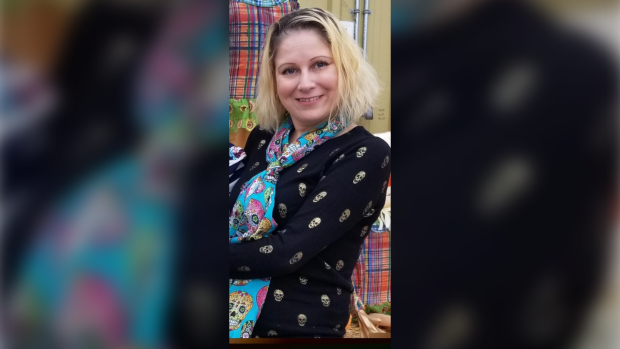 WINNIPEG — A trustee suspended by the Winnipeg School Division said she has been seeking treatment and help for mental health issues since April 21.

The division announced Friday morning it is suspending Trustee Cindy Murdoch effective immediately. The decision was made during a meeting on Monday.

The division said the suspension is for “breaching the Winnipeg School Division Trustee Code of Conduct.” It did not provide further details on the decision.

In a written statement from Murdoch, she described the suspension as “completely unexpected” and said she had told the division she was seeking help. She noted that due to the COVID-19 pandemic, the mental help supports she had been receiving since November were reduced, and this treatment was the best way for her to get help.

“I believe the great personal efforts I am making to overcome these many challenges should be a source of inspiration, not condemnation and suspension,” she said.

The suspension lasts until June 30. While the suspension is in effect, Murdoch is prevented from continuing her duties as a trustee until the end of the school year, including attending meetings, receiving correspondence, and engaging with parents, students, and members of the public in the role of trustee.

Murdoch said that too often people with mental health challenges and disabilities are seen as not being “up to standard” and that her suspension sends the wrong message to families in the division.

“The Winnipeg School Division is an important organization that has been at the forefront of helping students with disabilities, and creating community awareness about the range of mental health issues and how to help,” she said, noting that Healthy Minds Weeks, a program that promotes mental health literacy, began this week.

“I am proud of our Division’s efforts.”

Murdoch said that after her treatment she plans to champion mental health supports in the division.

Chris Broughton, the chairperson for the Winnipeg School Division Board of Trustees Murdoch’s health is of primary concern.

“A great deal of consideration was given to her mental health in the deliberation on this issue, but the issue isn’t all one thing or one event, so the board has taken the necessary actions to protect the Winnipeg School Division Board of Trustees, students, parents, and staff. We look forward to Trustee Murdoch returning to her full capacity as a trustee in the future,” said Broughton.

Murdoch represents Ward 5 and was elected in 2018.

Last month, Murdoch was reported missing to Winnipeg police, having last been seen on April 20. She was found safe a day later.