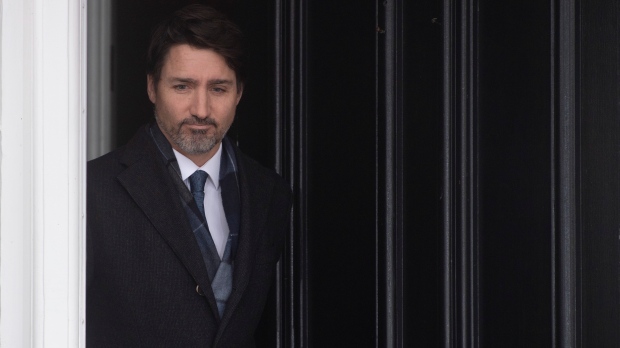 OTTAWA — Prime Minister Justin Trudeau will be updating Canadians again today on the latest measures being taken to try to protect the country against the steadily escalating COVID-19 threat.

Trudeau has been holding daily late morning briefings outside his Ottawa residence where he remains in self-isolation after his wife, Sophie Gregoire Trudeau, tested positive for the novel coronavirus.

As the number of Canadians infected with COVID-19 climbed to 1,331 yesterday, and the death toll from the illness rose to 19, further actions were being taken to try to slow the spread of the virus and prevent health-care facilities from being overwhelmed.

Late last night 444 Canadians who had been stuck in Morocco arrived in Montreal aboard an Air Canada commercial flight from Casablanca.

Foreign Affairs Minister Francois-Philippe Champagne also tweeted late Saturday night that he has been speaking with his counterparts in Australia, Brazil, Germany, Morocco, Peru, Turkey and the United Kingdom about how to safely repatriate citizens abroad, including those stuck on cruise ships.

Champagne said the ministers stressed the importance of maintaining the flow of supplies and services and the need for “action to help stabilize and protect global economies.”

Meanwhile, Newfoundland and Labrador and Prince Edward Island now require any one arriving in their provinces to self-isolate for 14 days, while the Northwest Territories has banned all arrivals except for existing residents and workers considered essential.

There are also indications sterner policing measures could be taken to ensure people adhere to the self-isolation recommendations that health-care professionals insist are so critical in battling COVID-19.

Provincial police in Ontario are warning that people will face fines for violating orders to close certain businesses and to limit gatherings.

Saskatchewan Premier Scott Moe has suggested citizens who know of anyone not self-isolating after returning from international travel should call police.

And in Quebec City, police arrested a woman who was infected with the virus but was still walking around outside after being mandated to stay indoors.

Federal Health Minister Patty Hajdu said yesterday that closing internal borders isn’t something she wants to see happen, however, she acknowledged that it has been discussed between Ottawa and the provinces.

This report by The Canadian Press was first published March 22, 2020.