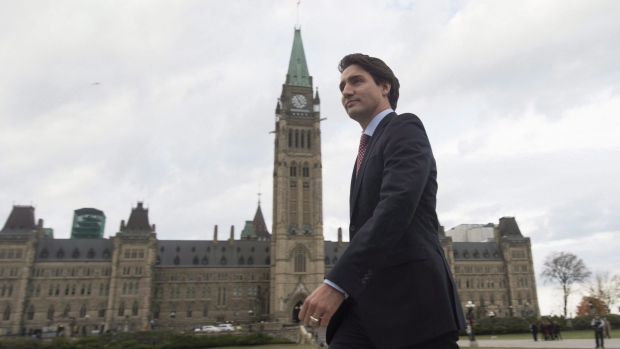 OTTAWA — Prime Minister Justin Trudeau is planning on a major summer reset of his government, starting with a small shuffle to move Deputy Prime Minister Chrystia Freeland into the finance minister job on Tuesday. He is then expected to move to prorogue Parliament and reassess federal priorities with his front bench, culminating in a new throne speech later this fall, CTV News has confirmed.

The series of moves come as the COVID-19 pandemic has drastically altered the government’s agenda and calls from the opposition for Trudeau to resign or face a snap election continue in the wake of the ongoing WE Charity student grant controversy.

On Tuesday Freeland will be sworn in as the new finance minister, after Bill Morneau announced late Monday that he was resigning from his key cabinet role and as an MP.

Freeland will become the first female finance minister, and will keep her role as deputy prime minister, though her intergovernmental affairs position could be re-assigned in what’s shaping up to be a small shuffle of some current cabinet titles.

The expected prorogation—which The Canadian Press reports will happen in September followed by an October throne speech and economic update—would be the first time Trudeau has taken that massive procedural step, after vowing when first elected to not use “prorogation to avoid difficult political circumstances,” as the Liberals accused former prime minister Stephen Harper of doing.

News of Trudeau’s plans for prorogation comes almost seven years to the day of Harper’s 2013 prorogation amid the Senate expense scandal.

A prorogation would end the current Parliamentary session, killing all legislative business that has not passed. In this case it would mean halting all ongoing WE Charity committee probes, and wiping away the remaining pre-pandemic pieces of legislation. It’s possible for bills and committee work to be reinstated with a motion during a new session.

The House of Commons has one final special sitting scheduled for Aug. 26, before remaining adjourned until Sept. 21 when parliamentary businesses was set to resume in earnest, with questions outstanding about the degree of COVID-19 precautions that will be in place and whether a continuation of the hybrid virtual and in-person sittings would resume.

Trudeau is set to hold some form of a shuffle at Rideau Hall on Tuesday.

In the last month Morneau had revealed he did not recuse himself from the cabinet table, where the organization was awarded a deal to run a now-halted $912-million summer program, despite having close family ties to WE. As well, he later revealed he had recently cut a cheque for $41,000 to cover expenses WE Charity paid for his family during 2017 trips to Kenya and Ecuador.