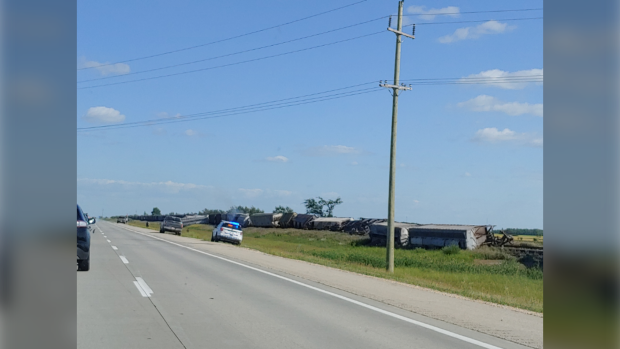 WINNIPEG — Crews are responding to a train derailment east of Winnipeg along Highway 1.

According to RCMP, the derailment occurred approximately three kilometres east of Deacon’s Corner. Officers were called to the scene at approximately 5 p.m.

In a written statement to CTV News, CN Rail said its crews are responding to the incident.

“A CN train derailed potash cars in various positions, causing a minor fire,” the statement reads. “There are no reports of injuries and there are no dangerous goods involved.”

RCMP is still as the scene and several cars can be seen on their sides off the track.

There are also vehicles pulled over on the side of the road.

Currently, no injuries have been reported.

CN said the cause of the derailment is under investigation.