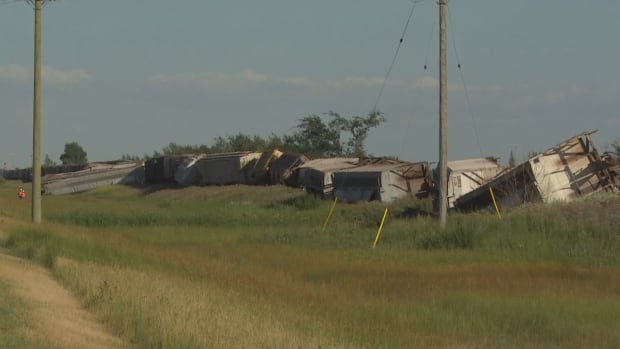 Crews are on scene at a CN train derailment near Springfield, Man.,

Several cars carrying potash derailed Thursday afternoon, leading to a “minor fire,” according to a spokesperson for the Canadian National Railway.

Video from a CBC News camera at the scene showed about a dozen cars off the tracks, some laying on their sides.

There were no reports of injuries or dangerous goods involved, the company said.

“CN would like to apologize for the inconvenience caused by this incident and thank the first responders present at the scene,” wrote the spokesperson, in a statement.

Traffic in the area was slowed late Thursday afternoon as crews worked in the area.

The cause of the derailment is under investigation.