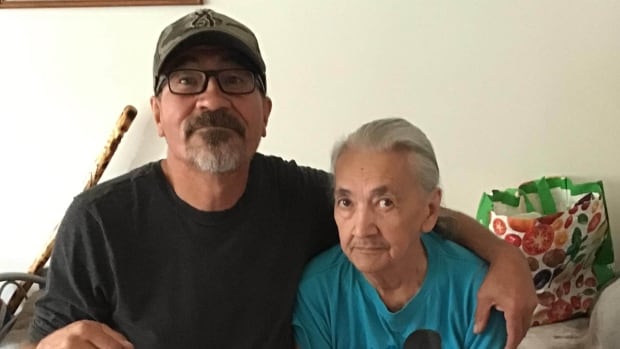 With hours left until his small town’s only health clinic closes its doors for almost two weeks, Dennis Anderson imagines the worst.

He thinks of the pregnant women who will travel more than an hour to Lynn Lake, Man., or almost twice as long to Thompson, Man., to get the care they need; of the gravely injured making the same trek in an ambulance so they can make it to an emergency room in time.

But mostly, he thinks of his mom, Minnie: a soft-spoken 81-year-old breast cancer survivor who, with an aneurysm and chronic obstructive pulmonary disease (COPD), often finds herself in need of an oxygen machine or a blood pressure check at the local clinic.

“It’s just total frustration,” said Dennis, 58, a member of the nearby Nisichawayasihk Cree Nation who lives in Leaf Rapids — about 750 km north of Winnipeg.

“She doesn’t need those worries. We’re supposed to be taking care of these people, you know? This is just ludicrous.”

Meanwhile, Minnie is hoping she doesn’t get short of breath in the next two weeks, as she so often does.

“The thought of what’s going to happen with everything being shut down, like no help for anybody that’s sick and stuff like that, that’s really scary,” she said.

Minnie said she’s especially worried about getting sick during the COVID-19 pandemic.

On Friday, the Northern Health Region announced the Leaf Rapids Health Centre will close temporarily starting at 9 a.m. on July 28 and reopen at the same time on Aug. 10. Information has been shared on social media and with community partners to let people know about the change, a spokesperson for the health region said.

A notice posted online and in town by the health region says the health centre is closing “as the result of a combination of the current high-water issues in the area, coupled with staffing issues.” Security will be at the site throughout the closure, though no services will be provided, the notice said.

Emergency services will still be available during the closure, and people should call 911 if they have a health emergency. All clinical care and support will be provided through Lynn Lake or Thompson, the notice said.

Phone calls made to the Leaf Rapids Health Centre during this time will be forwarded to the Lynn Lake Health Centre, it said.

With only one ambulance available to get people to a hospital, Dennis said he’s worried about what will happen if the vehicle is gone on another trip when someone needs help.

“At the best of times, best road conditions, they may be back in five hours. Lynn Lake, same thing. It’s gonna be a three-hour trip, there and back,” he said.

“Anything happens within that, we’re left to our own devices here.”

CBC reached out to the Northern Health Region with these concerns. A spokesperson for the region confirmed the temporary closure and said they would need until Monday to look into it.

Dennis said the announcement came as a surprise to many of the roughly 500 people living in Leaf Rapids. Some in the once bustling mine town about 750 kilometres northwest of Winnipeg feel the announcement brought more questions than answers.

“People are stressed, like extremely stressed, [and] angry,” he said.

“Somebody could potentially die. We could have a loss of life. Plain and simple. No excuse. That’s it — that’s the bottom line.”