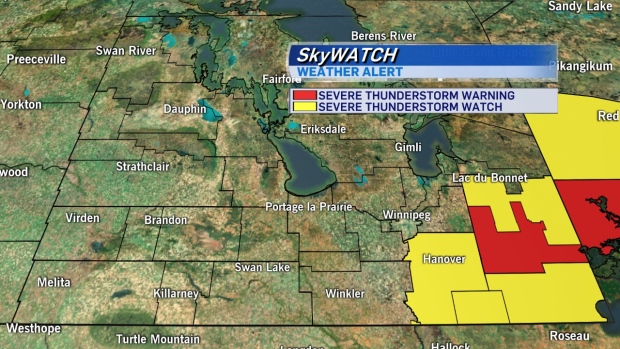 WINNIPEG — Tornado warnings for parts of southeastern Manitoba have ended, though severe thunderstorm watches and warnings remain in effect.

Environment Canada said meteorologists are tracking a severe thunderstorm that is capable of producing strong wind gusts, hail up to the size of nickels, and heavy rain.

It said lightning kills and injures Canadians every year and is reminding people, when thunder roars, go indoors.

Thunderstorms are expected to last late into Monday evening before moving into Ontario.

In the event of a tornado, or if a tornado warning is issued for your area, Environment Canada says to follow these steps:

-With files from CTV’s Stephanie Tsicos