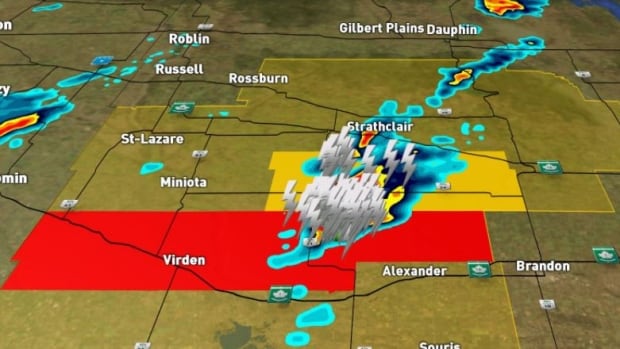 A tornado warning has been issued for parts of southwestern Manitoba, including the area around Virden.

Environment Canada issued the warning shortly after 5 p.m. Thursday. It covers the rural municipality of Wallace-Woodworth, including Virden, Elkhorn and Kenton, as well as the Riverdale municipality, including Rivers and Wheatland.

Meteorologists are tracking a severe thunderstorm that could produce a tornado about five kilometres south of Kenton and traveling east at 30 kilometres per hour, Environment Canada said.

“This is a dangerous and potentially life-threatening situation,” the agency said in an online notice.

People are advised to get inside on the lowest floor, and away from exterior walls.