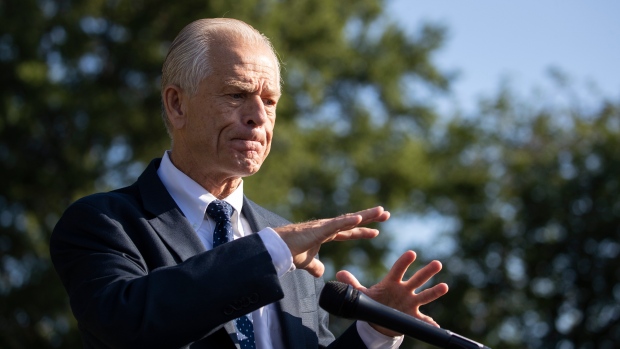 TORONTO — “Every time that a Canadian shows up in a uniform, it’s doing us a favour? How’s that work?” That was a comment by Peter Navarro, an economist serving as director of the Office of Trade and Manufacturing Policy for U.S. President Donald Trump, published in a new book called “The Madman Theory: Trump Takes On the World.”

Navarro’s comments were aimed at Canadian soldiers who served in the U.S.-led war in Afghanistan. More than 40,000 members of the Canadian Armed Forces participated in the NATO mission after the Sept. 11, 2001 attacks. During the 12-year operation, 158 Canadian soldiers died, while thousands more returned with mental and physical injuries.

“Were they doing us a favour, or were they brought into the idea they needed to do that as part of the global effort against terrorists?” Navarro is quoted in the book as saying.

“I mean, if they were just doing us a favour, maybe their government should have been thrown out of office.”

“It was mind blowing to me, here. You have arguably America’s closest ally in many respects … and the dismissiveness,” he said.

Former Chief of the Defence Staff Gen. Rick Hillier, who at one point commanded the NATO ISAF in Afghanistan, called Navarro’s comments outrageous.

“And it shouldn’t be men and women in uniform and those who served in Afghanistan, every Canadian should be insulted by comments like that … to put it all in that view is ignorant, and ignorance is perhaps more frightening than being insulted,” he said.

Sciutto is the chief national security correspondent for CNN. His book explores how Trump’s unpredictable style and threats are alienating U.S. allies and empowering U.S. enemies.

“There’s a very zero-sum approach that Navarro and the president have, the kind of, ‘What have you done for us lately?’ kind of approach,” said Sciutto.

Navarro, who called Melania Trump the “Jackie Kennedy of her time” on Tuesday, predicted over the weekend that voters would give “tough guy” Trump a second term because “they know the world’s a dangerous place.”

“I saw Canada basically join us in the foxhole … They too cared about the principles we were fighting for,” said Leon Panetta, former secretary of defense under then-President Barack Obama.

“It sends a signal to the rest of the world they cannot trust the United States.”