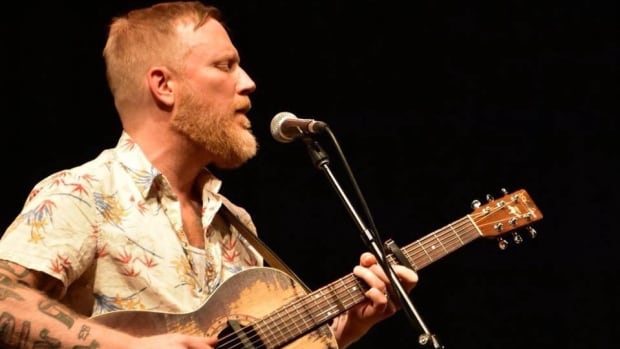 Winnipeg musician and producer Scott Nolan says when he sat down Sunday to record a video of his new song Nova Scotia, With Love, it came straight from the heart.

“I was just in the present moment of the grief and the shock,” he said. “It’s a way for me to process and reconcile something that’s impossible to reconcile.”

The song is a touching tribute to the victims of the horrifying massacre that left at least 22 victims dead this past weekend in several small Nova Scotia towns. The shooter was also killed.

“With what our country was already going through, it just seemed cruel and unusual for this quiet, little community,” said Nolan on Tuesday.

“I woke up unable to stop thinking about it. And I had to change that into something of love.”

The folk singer posted his video on social media, and was overwhelmed to see dozens of comments come in from across Canada.

“Thank you Scott Nolan,” wrote Janet Chernin from Blockhouse, N.S. “What a beautiful and thoughtful tribute.”

“Absolutely heart wrenching,” commented DD Martini in Alberta. “Your tone, words, and caring soul speak for all of us today.”

“Not many writers can bring water to my eyes,” wrote fellow Winnipegger Joe Roberts. “You and Springsteen are it. Thanks again.”

Nolan says even though it’s taking hours, he’s determined to respond to each comment individually.

In the raw and intimate video, Nolan’s sense of sadness comes through during the refrain, “Tonight we’ll sing for Nova Scotia / Tonight we’ll sing songs of love / A gentle tune for friends and neighbours / Peace just can’t come soon enough.”

Nolan admits the last line choked him up as he performed on camera.

“There’s a stutter, almost like I forgot the lyric,” he says. “The air escaped my lungs for a second.”

He says sadness over the tragedy is still front and centre.

“I think of those kids, missing their moms,” said Nolan, with a big exhale. “How do you explain this stuff?”

Nolan says unlike most of his songs, the lyrics for Nova Scotia, With Love came to him in minutes. He says he thought of his relatives and fellow folk musicians in Nova Scotia as he penned the words.

“There’s nowhere in Canada like it — beautiful and charming,” he said. “There’s just such a spirit there, a real spark in Nova Scotians that I recognize.”

Collaboration is a tradition in roots and folk music, says Nolan, so he’s inviting other musicians to use his lyrics to create their own songs and tributes to the victims of the tragedy.