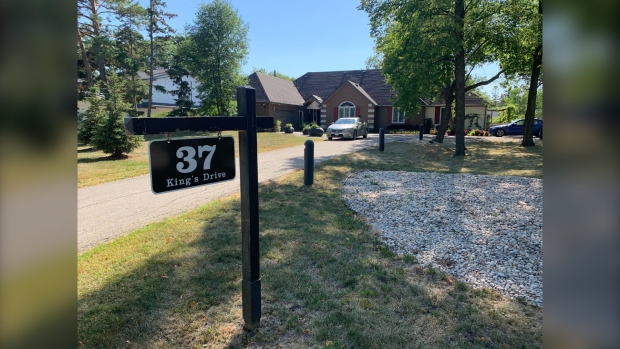 WINNIPEG — A decades-old University of Manitoba tradition is coming to an end after the school decided to sell the president’s home.

Since the 1970s, each president at the University of Manitoba (U of M) has been given the keys to a home on 37 King’s Drive – known as the president’s home – to stay during their tenure. But the university’s new president is going to have to find their own place to live, after the U of M decided to unload the property.

“The University has provided a home for its presidents for decades – it was a tradition among Canadian universities and North American universities more widely, to provide homes for their presidents,” said John Danakas, associate vice president of communications at the U of M.

“It’s up for sale now – times have changed.”

Danakas said the house was not just a place for the president to live – it also served as an event venue. He said presidents hosted receptions for students, staff, and community members throughout the year.

“Certainly people felt often that it was a real honour to be invited to the home. There was a special charm and appeal to being hosted by the president in their home,” he said, adding the COVID-19 pandemic has made hosting events, in general, more challenging.

“Events generally – no matter where they’re held – have been severely compromised and challenged, so it’s going to be interesting to see how we can make the kinds of special connections that we were able to make by hosting events at the president’s home.”

Danakas said there are economic restraints to maintain a home and host receptions, and said the university expects to save about $60,000 each year.

He said moving forward, presidents will have to find their own living arrangements.

The house is expected to hit the market this week.