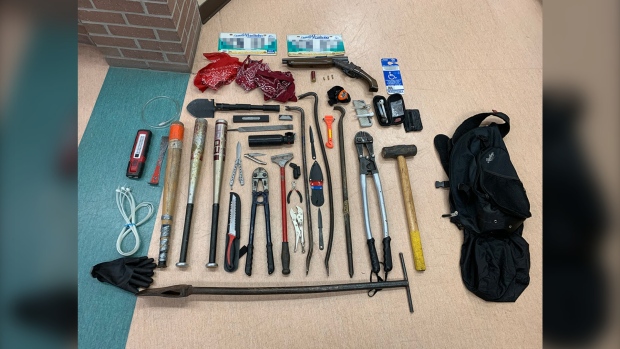 WINNIPEG — Three people from Winnipeg are facing several meth and weapons charges after being stopped by RCMP in Selkirk.

On June 5, Selkirk RCMP stopped a vehicle on Sophia Street in Selkirk.

• Two counts of unauthorized possession of a firearm;

• Unsafe storage of a firearm;

• Two counts of possessing a weapon for a dangerous purpose;

• Two counts of possessing property obtained by crime; and

• The unauthorized possession of a firearm in a motor vehicle.

All three remain in custody and were scheduled to appear in court on Monday.

RCMP continue to investigate. None of the charges have been tested in court.