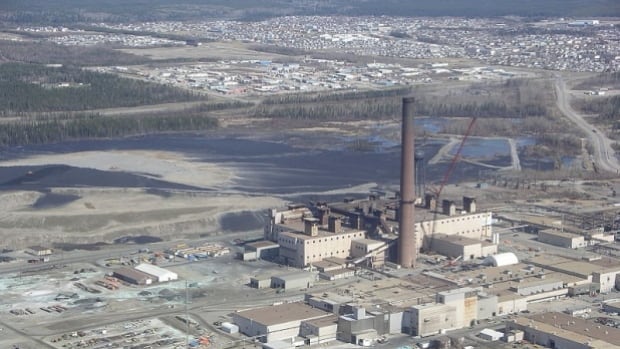 A mining city in northern Manitoba is facing another setback as the owner of the community’s nickel mine is preparing to shed more jobs.

Vale says it cannot continue to operate its Thompson mine under the status quo, after losing $300,000 per day in 2019.

“We need to find a simpler and more nimble operating model to ensure our future in Thompson,” said Franco Cazzola, manager of Vale’s Manitoba operations, in an email to media.

“This will mean a smaller workforce than we have today. We will consider every option available to us to ensure any job reductions are as limited as possible, and we will ensure they will not impact the safety of our ongoing operations.”

Vale will embark on a comprehensive review of its mining operations in Thompson, before deciding on next steps for restructuring. It expects to finish the report this fall.

The president of United Steelworkers 6166, a union representing 552 mine workers, said it’s a big hit to a city that has recently lost hundreds of mining jobs.

“It’s very disheartening and a lot of people are probably wondering … when it’s going to stop,” said Warren Luky.

The company employed roughly 1,450 people full-time in Thompson in 2017, but has lost hundreds of staff after it closed a nickel mine in 2017 and shuttered its smelting and refining facilities a year later.

A Vale official did not respond to a question Wednesday regarding the current size of its workforce in Thompson, a city of 13,700 people which is about 650 kilometres north of Winnipeg.

The company’s former head of Manitoba operations, Gary Eyres, said late last year there was a plan to try to convince Vale’s owners in Brazil to spend $1 billion to step up exploration efforts here. He wanted to extend the mine’s life span by roughly 25 to 30 years.

But first, Vale wants to make its short-term operations sustainable.

“What they’re indicating to us [is] because we’re having problems making money on what we’re doing, it jeopardizes our capability to pull in capital later on,” Luky said.

He said investments are needed to ensure mining has a future in Thompson.

“Some say it’s called ‘mining to extinction.’ I’ve been worried about the lack of capital money here for some time,” he said.

“We don’t have the investments needed to properly be able to address and to exploit the ore body we have here.”

Luky said he understands Vale has faced challenges locally, but was still surprised to learn Tuesday of the large-scale review.

He was told there could be layoffs this November, but he said other details are hard to come by. The company has been “very ambiguous” regarding its plans, he said.

“They don’t know where they stand with the company and they’re frustrated,” Luky said.