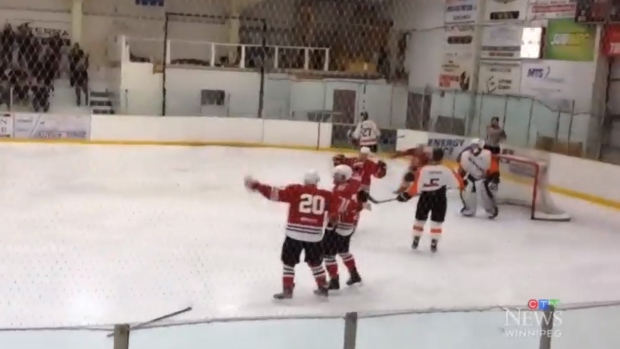 WINNIPEG — As professional sports teams across North America reconsider and change controversial names and logos, a hockey team in Manitoba has announced it will move forward with a rebranding.

The Morden Senior Hockey Executive team announced in a statement posted on Facebook on Tuesday that it will be making changes to its current name, the Morden Redskins, as well as its logo.

“To us, our logo has always represented community, camaraderie, commitment, and perseverance. These are the values we have defenced when challenged,” the statement reads. “We are proud of the people who have worked so hard to build an organization that stands for so many positive values. We have also acknowledged not all members of our community find out nickname inclusive or appropriate.”

The statement said after discussions with community members, the executive team has a better understanding of how its current name and logo can be perceived – which led to the name change.

“We hope everyone can appreciate the history and pride that is engrained in our organization and will be carried forward with our new brand,” the statement reads, adding more information regarding the process of the transition will be released as it becomes available.