Home  »  News   »   These Winnipeg restaurants closing permanently due to COVID-19 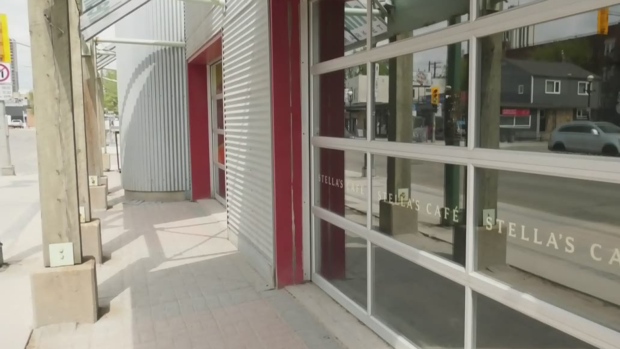 WINNIPEG — The province announced it’s phase two draft plan for reopening this week, and restaurants may be able to reopen at 50 per cent capacity.

But for some local eateries, it’s too little too late.

On Friday, Noel Bernier, founder of Hermanos Restaurant and Wine Bar, announced they would be closing for good on Facebook.

“It’s with heavy hearts that we have decided to close Hermanos Restaurant permanently,” read the post. “COVID-19 and the effects of social distancing policies have been devastating to the restaurant industry.”

The same day, Stella’s Café and Bakery on Osborne announced they would be closing their doors too, after operating in the Osborne Village for 20 years.

“We have delayed the decision to close Stella’s Osborne for as long as possible,” said the Facebook post. “But unfortunately, due to the declining commerce and foot traffic in Osborne Village along with the current pandemic, it’s time to make this difficult announcement.”

Back in March, Segovia Tapas Bar in Osborne Village closed their doors due to COVID-19. In May, they announced they would be staying closed permanently via Instagram.

The Manitoba Restaurant & Foodservices Association (MRFA) said the average profit margin for restaurants in Manitoba is 4.5 per cent.

It said with a lot of restaurants only able to offer pickup or takeout, it’s hard to make money.

“Restaurants have a very lean prophet margin,” said Shaun Jeffrey, the executive director of MRFA. “So when you factor that into a diminished revenue stream due to new social distancing guidelines, it’s forcing restaurateurs to make a lot of tough decisions.”

“Restaurants working at 20 per cent or less of their revenue stream, it’s quite mind-boggling that some of them are even able to continue to make it.”

Jeffrey said the MRFA is proud of how Manitoban’s have supported the restaurant industry through this difficult time, but there’s still a lot of uncertainty.

“People are going to only go out if they feel comfortable,” he said. “What does that comfortability look like, and how long can these restaurants wait?”