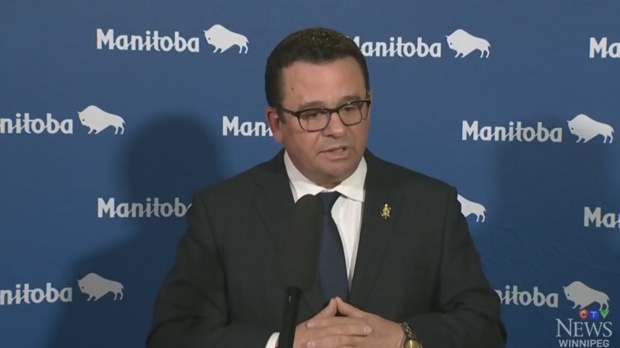 WINNIPEG — Manitoba’s Crown Services Minister said the government is collaborating with Crown corporations amid talk of layoffs at a news conference on Thursday.

“There’s certainly no handbook on how coronavirus or COVID-19 is rolling out and certainly we’re moving at lightning speed to ensure that safety is number one for all Manitobans, and as we move through this process, we’re working in collaboration with our employers and employees to ensure that we get through this, and when we get through it we come out of it stronger than we were in the past,” said Minister Jeff Wharton.

CTV News Winnipeg previously reported that the province is urging public sector and Crown corporation employees to work reduced hours to free up money for the fight against COVID-19, or face temporary layoffs. It is asking Crown corporations and universities to prepare scenarios of job cuts of 10, 20 and 30 per cent, the deadline for which was on Tuesday.

“I say that having the ability to work part-time…is better than being laid off,” said Premier Brian Pallister at a news conference on April 14.

“We’re not talking about having people lose their jobs. What we’re proposing is to work with public sector unions to make sure that isn’t the case, as much as is possible.”

Nearly 1,300 people have already been temporarily laid off by Manitoba Liquor and Lotteries after the province closed casinos on March 17.

“As the premier’s alluded to, we’re working in collaboration with employers and employees and we’re continuing that process, and we’re looking forward to continuing down that path during this pandemic and during these unprecedented times,” said Wharton.

Earlier this week, CTV News Winnipeg learned that Pallister is taking a 25 per cent pay cut from his base salary during the COVID-19 pandemic.

– With files from The Canadian Press and CTV’s Charles Lefebvre and Devon McKendrick.