WINNIPEG — One year ago, Winnipeg and southern Manitoba were hit by a winter storm and the aftermath can still be felt today.

The storm came fast and wrecked everything in its path.

Of all the damage and destruction the storm caused, the city’s tree canopy suffered some of the most.

Trees were snapped in half, branches were broken straight off, debris laying all over the sidewalks and roads due to the sheer weight of the snow left on the leaves. 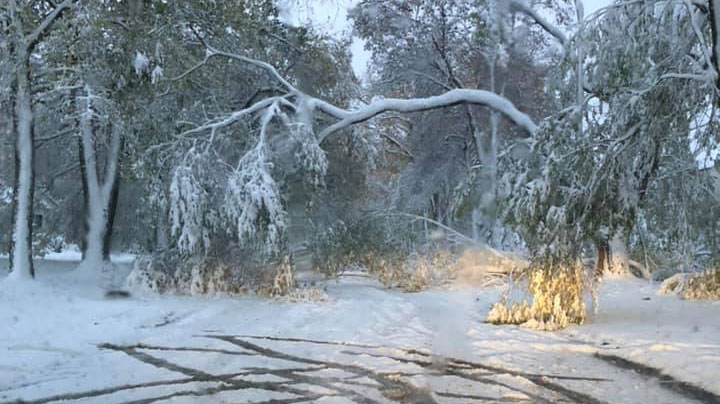 Martha Barwinsky, who is the city forester, said the storm was the worst Winnipeg had ever experienced.

“The Thursday, Oct. 10, is when the storm started. We already had crews out working on overtime, dealing with trees down and branches down and then it just progressively got worse,” said Barwinsky.

She said in 2020, things are much more normal for the fall, but in 2019, because of all the rain in the months leading up to the storm, the leaves stayed on trees much longer than usual.

“It was the perfect storm, if you will, with the heavy wet snow and the full canopies and then the winds started picking up on Friday. I knew by Friday morning the worst was yet to come.”

Barwinsky said the city has about 300,000 trees in public parks and walkways, and that during the storm, roughly 10 per cent were damaged.

“That damage ranged everywhere from a small branch, broken and fallen to a complete tree failure of a mature tree,” she said, noting that those were only trees in public spaces. 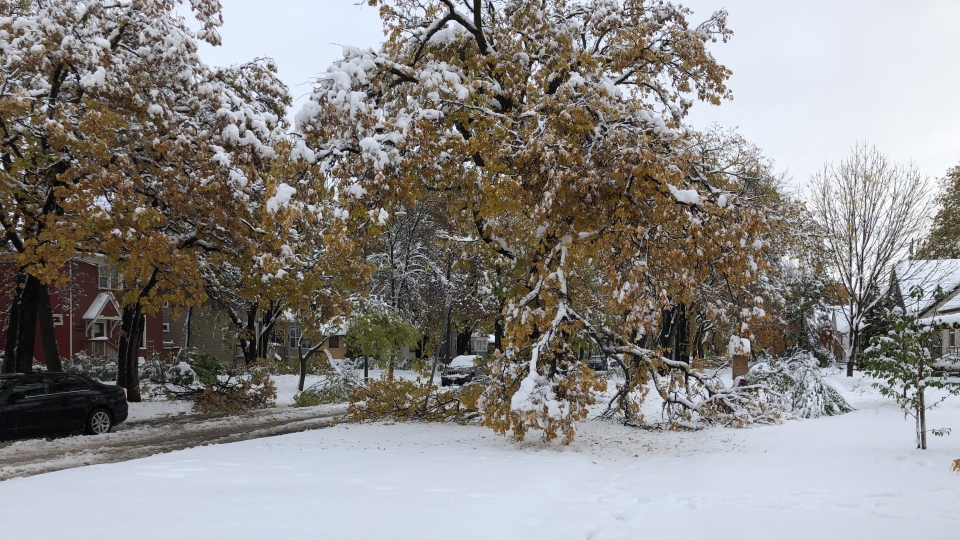 She said that number can actually be much higher with damage done on private property and it is so hard for the city to know how much larger that number actually was.

Barwinsky added that from the end of the storm to January, there were about 600 trees that had to be completely removed. 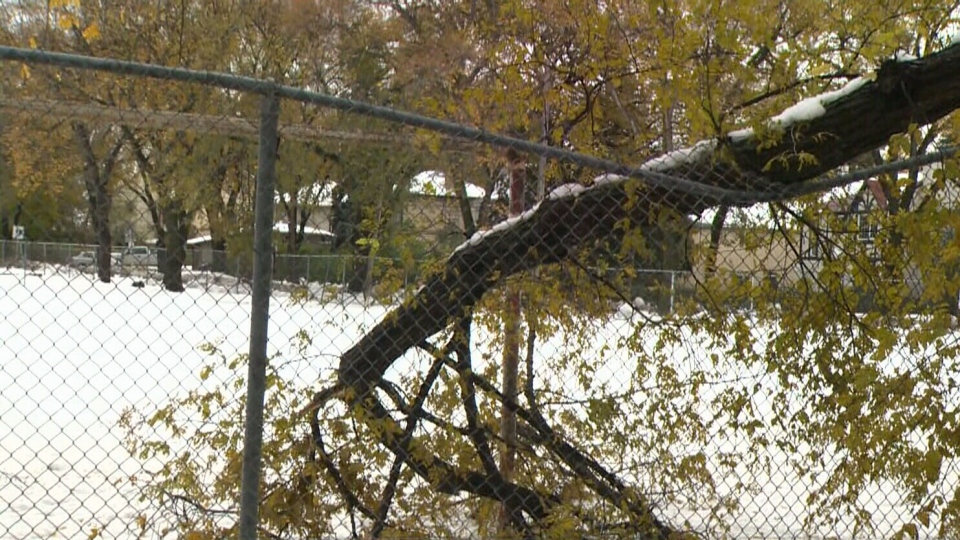 Due to the number of trees that were damaged during the storm, Barwinsky said the city received over 6,700 service requests, from the end of the storm to November.

She noted that in a normal year, the city usually gets around 10,000 calls for the entire year.

GETTING HELP TO CLEAN UP

Barwinsky said because of how much damage there was in such a short amount of time, there was no way the city was going to be able to clean up by itself.

She said there were several cities that stepped up and came to the rescue.

“So we had cities of Regina, Saskatoon, Calgary and Toronto that came in,” she said. “It was really something when those fleets came in. It was amazing just watching all these trucks pull up and knowing we had that help.” 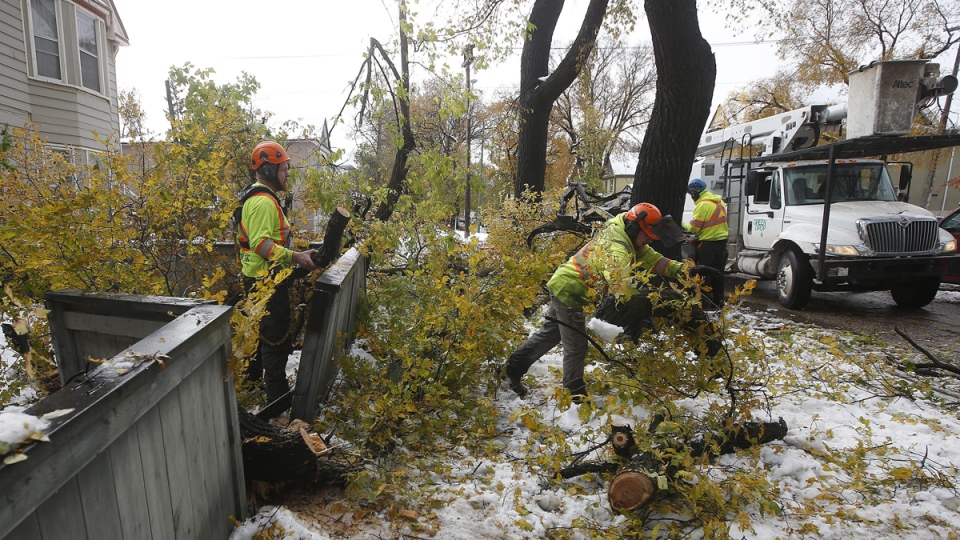 Crews cleanup after a snow storm in Winnipeg, Manitoba, on October 13, 2019. (John Woods / THE CANADIAN PRESS)

The city also got help from nine private contractors and Barwinsky added several other city departments helped with the cleanup.

She even said Manitoba Hydro helped out despite all the work they had to do as well.

HOW IS WINNIPEG’S CANOPY NOW

Barwinsky said a year after the storm, the public canopy in the city still has around 300,000 trees. There are approximately about three million trees throughout the city.

Despite much of the cleanup happening right after the storm, she said there is still work that needs to be done.

“You know I drive around and still see some trees that we do still need to do some remedial pruning,” she said. 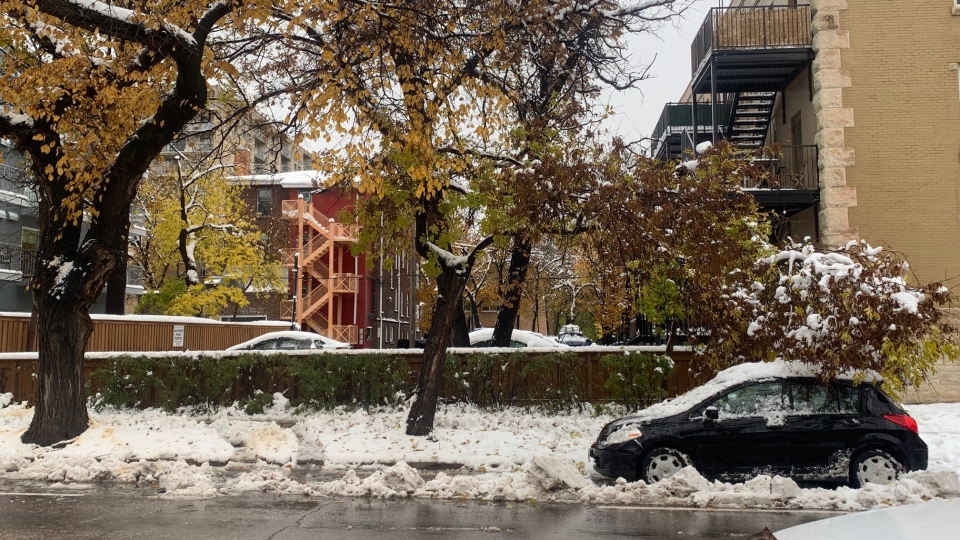 She added the city will be doing work over the next year and reviewing how many trees there actually are in all the parks and on the boulevards and what kind of remedial work still needs to be done.

“There’s also some small trees that I see bent over from the weight. They won’t recover from that. So we need to follow up on that.”

She said there are no safety concerns when it comes to any of those trees that need work and that there are trees they need to follow up on.