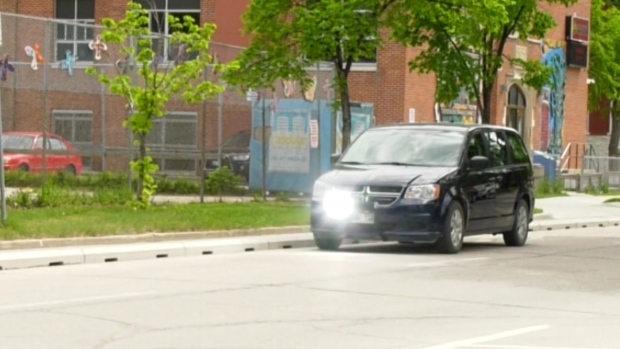 Shawn Nason tabled a motion at City Hall to have the vehicles parked in school, playground, and construction zones changed to a bright colour to alert drivers.

Nason said if the photo enforcement is really about safety and not money, the city should make this change to help drivers slow down and change their behaviour.

“Visibility and reoccurrence is a problem,” said Nason. “There’s a strong focus on the generation of funds.”

Todd Dube from WiseUp Winnipeg said its sister organization in Edmonton pushed for the colour changes in that city.

“The effect that it has is to reduce ticket volumes by about 50 per cent,” said Dube.

Nason said to save money, the vehicles wouldn’t have to be painted. A vinyl wrap could be used like in Edmonton.

He said money from fines could pay for the changes.

His motion will be considered by the executive policy committee.

Nason hopes this could be in place for the next school year.