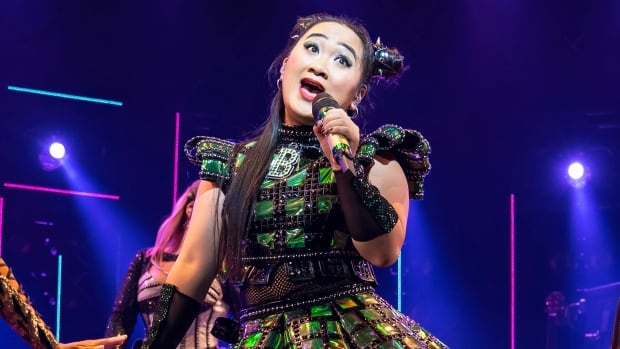 Five months ago, Andrea Macasaet’s dreams were about to come true.

The Winnipeg performer was set to star in the Broadway production of Six, a critically acclaimed musical that tells the story of King Henry VIII from the perspective of his ex-wives. Macasaet was cast as Anne Boleyn, the king’s second wife.

Months of preparation, rehearsal and preview performances led up to March 12: the show’s official opening night, when industry and press would flock to the red carpet to mark the occasion.

But that same day, it was announced that Broadway shows would be cancelled because of the COVID-19 pandemic, Macasaet told CBC’s Weekend Morning Show host Nadia Kidwai on Saturday.

She was preparing for her big opening night when she got the call.

“It was two hours, maybe, before my show,” Macasaet said. “It was a very out-of-body experience.”

With no show to perform in, the Filipina singer and actor returned to Winnipeg, determined to make the most of the experience by creating an event to showcase some of the lesser-known talent in her cultural community and help other people achieve their dreams.

“I often get remarks and comments being like, ‘Thank you for representing the Filipino community,’ and I wanted to elevate that even more and give opportunities to Filipinos here to really go for it,” she said.

“There are so many talented [Filipino] singers in Winnipeg, and we don’t often get to see them onstage in theatre production or cabarets. So I wanted to create a special event where Filipinos can show off the talent that they carry.”

So Macasaet created Belt Fest, a musical showcase highlighting some of the city’s top Filipino voices. Dozens of people applied, and the talent pool was narrowed down to 10 performers who each got two mentoring sessions with Macasaet leading up to the event on Saturday night.

One of those performers is Vina Dimayuga, a young singer who said it was Macasaet who inspired her to pursue her own passion for performing.

“I’d watch Andrea at many local events and it was just really inspiring because she was just someone who looked like me up there on stage,” Dimayuga said. “It’s just an example that dreams do come true.”

Macasaet said organizing the event has been inspiring for her too, and a way to channel her energy into something good after a disappointing situation.

“I definitely still had my Broadway debut, so I’m grateful,” she said. “I’m excited for Broadway to open and [to] get back on there and really impact some lives because it was truly an experience like no other.”