Home  »  News   »   The mural recognized as the best in Winnipeg

WINNIPEG — The votes are and the Murals of Winnipeg has selected a Folklorama-themed mural as the top mural of 2019.

On Thursday, an award ceremony was held to name the 70-foot mural titled ‘Folklorama 50’ as the 2019 mural of the year. 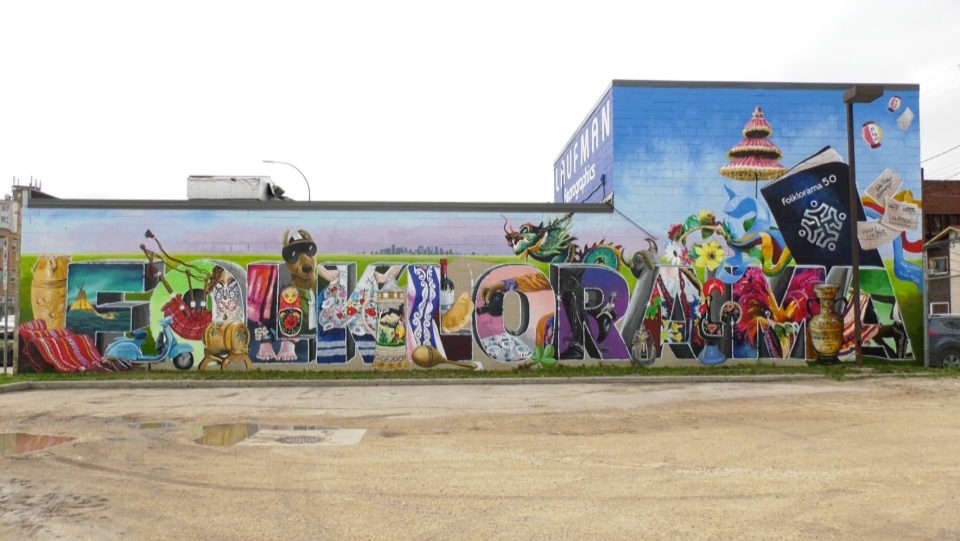 The mural is located at 847 Notre Dame Avenue and features aspects of different cultures and countries that take part in the Folklorama festival.

The mural was painted last summer by artists Mandy van Leeuwen and Franklin Fernando. It celebrates the 50 years of Folklorama, which has become the largest and longest-running multicultural festival in the world.

“It’s clearly a mural about something way bigger than ourselves and I think the kind of collaboration is really special,” van Leeuwen said. 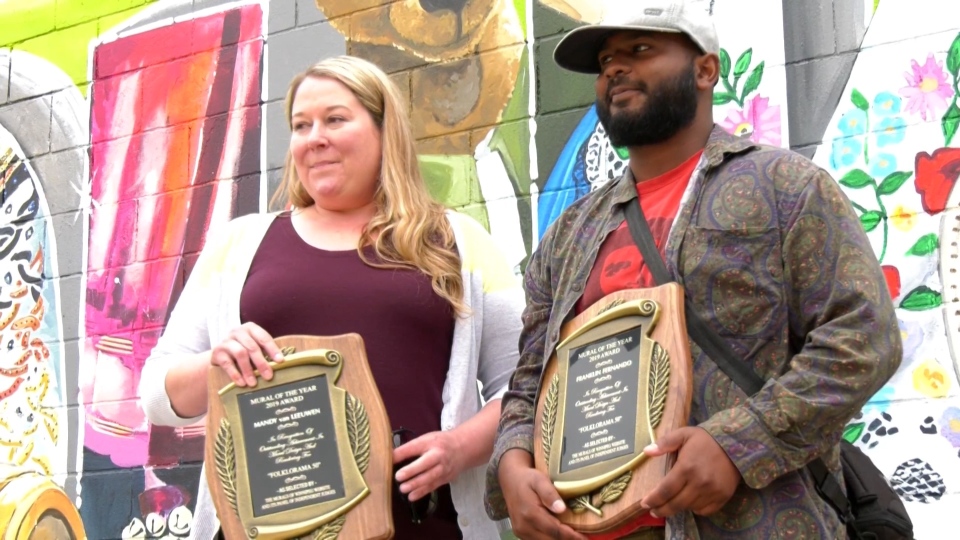 “People from all over the world is represented here in this mural,” Fernando said. “Winnipeg is a multicultural city, so I think it is very important because it has a very clear and positive message.

A number of judges compared 36 new outdoor murals painted in 2019 for the competition. 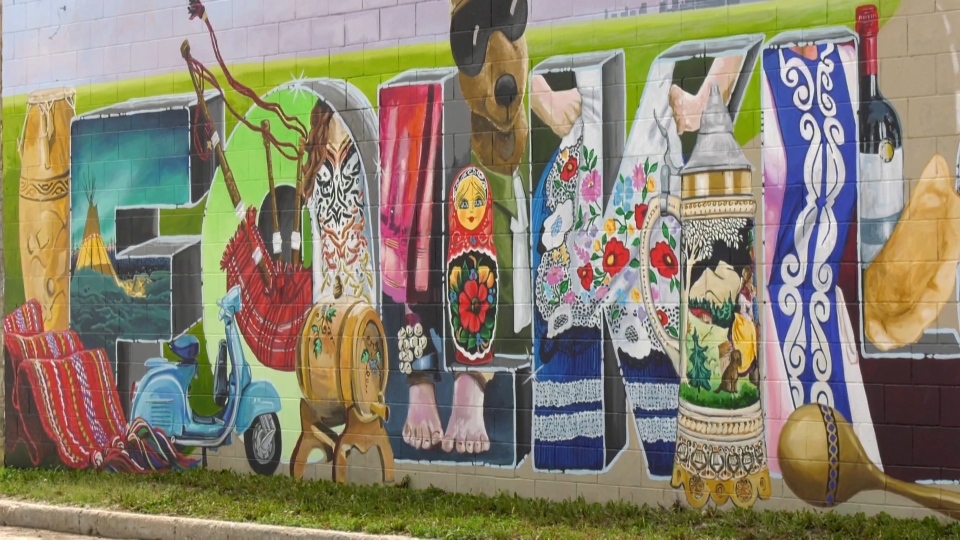