Home  »  News   »   The changes coming to the South Perimeter Highway 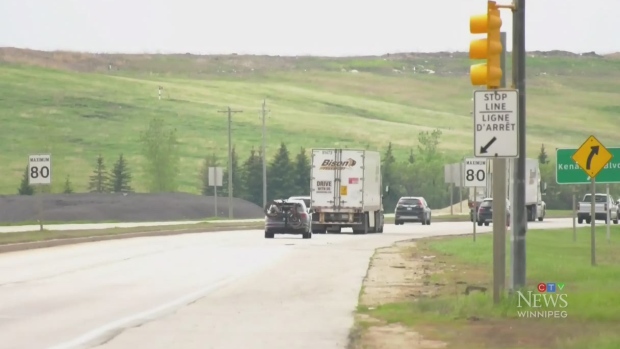 WINNIPEG — The Manitoba government unveiled its South Perimeter Highway Design Study on Thursday, which showcases the changes ahead for PTH 100.

This study includes input from both stakeholders and the public and involves areas in Headingley, Macdonald, Springfield, and Winnipeg.

It goes on to outline the changes coming to PTH 100, which will be completed in two phases.

“Our government’s first priority is the safety of Manitobans on our roads and we want to make the South Perimeter safer and easier to travel for the approximately 30,000 vehicles that drive it every day,” said Infrastructure Minister Ron Schuler in a news release.

“We’ve set out to do substantive work to address safety and operational problems, and this study will serve as our blueprint for the next 20 to 30 years.”

In November 2017, the Manitoba government announced it hired WSP Canada Group Ltd. to put together the study into the reconstruction of the South Perimeter Highway.

Public engagement for the project began in 2018, which involved nine open houses between August 2018 and December 2019.

Schuler will be speaking about the study at a news conference on Thursday, Aug. 27 at 10:30 a.m.