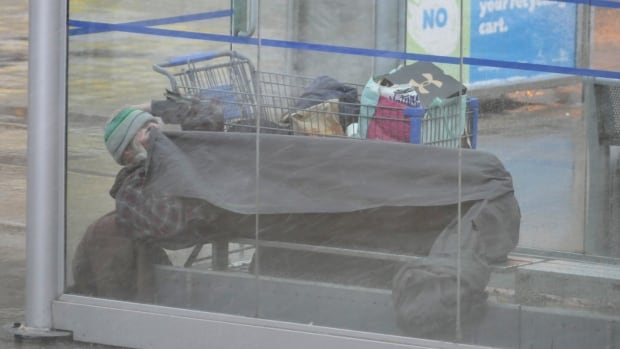 Manitoba Housing says it has 7,000 households on its waiting list, but rather than increase the supply, the Brian Pallister government is selling social housing and transferring management to non-profit agencies and the private sector.

This is happening while the federal government has promised to work with provinces and committed funding to increase the supply of social and affordable housing.

Manitoba Housing says approximately 800 units have undergone a management transfer, and many more are expected. As of November 2018, nearly 950 units have been sold.

The province has also greatly reduced annual capital repair investments in social housing from $120 million in 2015-16 to $25.6 million in 2018-19 and has eliminated a number of jointly funded home repair/modification programs.

In 2017, the federal government announced a 10-year, $40 billion National Housing Strategy to “help reduce homelessness and improve the availability and quality of housing for Canadians in need.” The strategy aims to “remove 530,000 Canadians from housing need and reduce chronic homelessness,” a February announcement says.

Manitoba was slow to get on board, but in June 2019 it signed an agreement with Canada.

However, the KPMG report Phase 2 Report Business Case — Social Housing, commissioned by the province in 2016, outlines a different vision, and the Pallister government has been following its recommendations.

A need for social housing

The province has decreased the number of households that qualify for the Rent Assist benefit and eligible low-income renters receive less. People living in social housing have seen their rents increase and privatization plans are ramping up.

The private market has always been a supplier of housing for low-income people, but it has failed to provide affordable housing. This led to the development of Rent Assist under the previous NDP government — a shelter benefit for low-income renters in the private market. But private market rents across Manitoba increased last year by approximately four per cent. This, along with cuts to Rent Assist, has put many households at risk of homelessness.

The failure of the private market to meet the needs of low-income households suggests a need for more social housing, where rents are aligned with income, but that is not part of the plan.

The report by accounting firm KPMG outlines three options, none of which include seeking new ways to increase revenues to build and maintain social housing. All options result in the privatization of the Manitoba Housing portfolio.

KPMG’s recommended option is described as a “hybrid” where tenants “requiring the least support [would] receive a voucher towards rent from a private landlord and most vulnerable tenants [would be] allocated to a social house provided under contract between government and a private provider.”

KPMG claims that “most jurisdictions” operate under a similar model. They specifically point to the U.K., Australia and New Zealand as examples that have moved away from social housing.

They don’t offer an assessment of how well this model is working.

The privatization of social housing in the U.K. dates back to former prime minister Margaret Thatcher’s 1980 Right to Buy policy, which enabled tenants to purchase publicly owned housing.

Much has been written about the devastating impact this policy has had for low-income households.

The UK’s Shelter charity estimates that 1.2 million people are on waiting lists and with only 5,000 homes built last year, many more are required to meet the needs of low-income households.

In 2014, Scotland opted out of Right to Buy and has since reinvested in the development and maintenance of social housing.

Australia has lost some 20,000 public housing units in a decade due to a gradual but steady focus on transferring ownership to the community sector.

Advocates have raised a number of concerns, including overcrowding, growing waiting lists and an increase in homelessness. They note that non-profit and for-profit managers are less accountable to tenants, offer less secure leases, and have no obligations to fill vacancies.

Research by the Australian Housing and Urban Research Institute (AHURI) concludes that 25 years of inadequate investment has resulted in a serious shortfall and direct public investment is the best way to tackle the issue.

Housing in New Zealand is some of the most expensive in the world.

As in other countries, social housing has eroded and there has been little appetite to reverse the decline.

New Zealand has been criticized for focusing too much on home ownership, leaving far too many renters vulnerable. Economist Shamubeel Eaqub argues that the government should switch its attention to building rental properties instead, and a 2017 report by New Zealand’s Salvation Army Social Policy and Parliamentary Unit describes a growing need for social housing.

Housing advocates have long argued that the best way to address the housing needs of low-income Manitobans is by increasing the supply of social housing, adequately maintaining it, and providing adequate support to tenants. Ideally that housing would be publicly owned and administered to ensure public accountability.

Salvation Army New Zealand sums up the challenge well: “Until there is some acceptance that there is a permanent and growing demand for social housing … we are unlikely to fully appreciate both the commitment we need to give to such housing and the potential it has to materially improve the lives of the most vulnerable.”

KPMG is not entirely off the mark by pointing to Australia, New Zealand and the U.K. as examples — but more accurately, examples of what NOT to do.

This column is part of CBC’s Opinion section. For more information about this section, please read this editor’s blog and our FAQ.