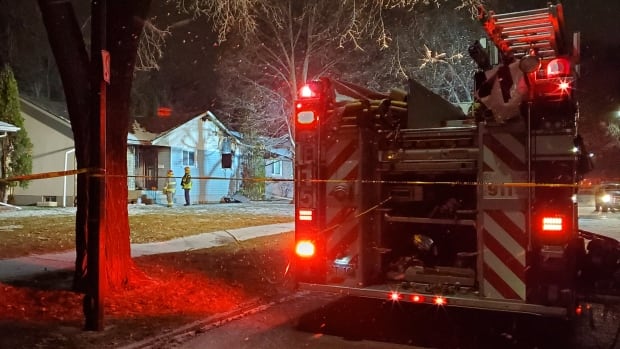 Three people were taken to hospital after a house fire in St. Vital early Friday morning.

Emergency crews were called to the home on Ashton Avenue near St. Anne’s Road at about 4:30 a.m., after reports of a fire.

Signs of smoke could be seen outside a window in a front corner of the house, where the blaze started in a bedroom, Winnipeg fire Chief Gordon Cannelle said.

Five people were inside and four of them escaped before crews arrived, Canelle said. Two men and a woman were taken to hospital, and two are still there.

The fire was mostly out before 7 a.m.

The cause of the fire is under investigation. Cannelle said the fire is considered suspicious.