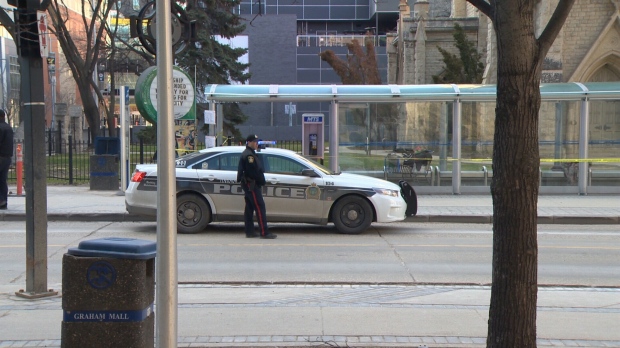 WINNIPEG — One person has been arrested after an assault in Downtown Winnipeg.

Winnipeg police said a couple of people were assaulted on Graham Avenue late Saturday afternoon. It happened across the street from Millennium Library.

It’s unknown the extent of their injuries.

Several officers could be seen in the area early Saturday evening. A portion of the sidewalk on Graham near Donald Street was blocked off. Police tape could be seen surrounding a bus shelter, and glass appeared to be scattered on the ground.

Police confirmed a suspect had been arrested.