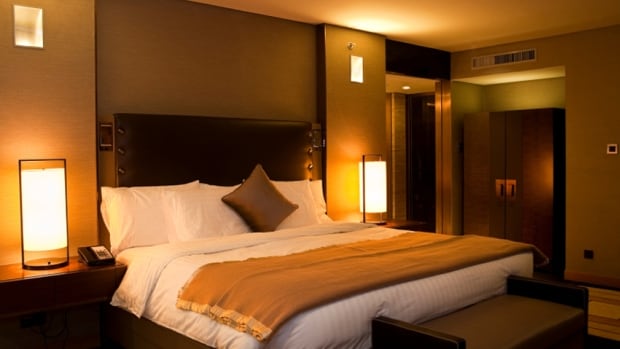 Hotel owners in Manitoba are on edge as heightened pandemic restrictions come into force in Winnipeg and the surrounding area on Monday — and say they need government help to get through this.

“It’s like my worst nightmare ever. The impact is just, I can’t paint a more gloomy picture,” said Manitoba Hotel Association president and CEO Scott Jocelyn.

“It’s been a really tough seven or eight months dealing with all of this, and today we’ll see more challenges for our people. People are on edge. They’re very frustrated and really, really struggling.”

Starting Monday, stand-alone nightclubs, bars and beverage rooms (which are attached to hotels) must close, along with casinos, entertainment facilities with live entertainment, video lottery lounges and bingo halls.

Businesses licensed as restaurants and lounges can stay open but are limited to 50 per cent capacity and can only seat up to five people at a table.

The restrictions will stay in place at least two weeks and come as the Winnipeg region battles the worst surge of COVID-19 cases Manitoba has seen since the pandemic began.

Jocelyn said the provincial government has tried hard to balance the economy and the public’s safety through all of the measures it has instituted since March, “but the reality is, the protocols they’re putting upon us are having a huge impact on what we do.

“If people can’t travel into the city or the province, then we can’t put people in our rooms, we can’t hold events, we can’t have people congregating in our bars, in our restaurants. Everything we do is being impacted.”

Several broad assistance programs for business and individuals have been introduced by the province, but Jocelyn said the hotel association is hoping for specific relief.

Other provinces have better supported their hotel industry, he said.

“That’s one of the frustrations. Some of the things that have happened in other provinces — those provinces have handled them with some sector-specific relief, and the biggest one for us is paying the tax bill,” Jocelyn said.

A hotel’s taxes are based on revenues, but from two years ago, he explained.

“There isn’t a hotel in Manitoba that’s doing what they were doing two years ago [in terms of revenues due to COVID-19]. So how do you pay that bill?” Jocelyn said.

“They’ve weathered many storms but not a storm like this, and they really need some relief so they can continue to do all the great things that we do. We work hard for the province, we collect lots of taxes for the province in good times, and we need some help today.”

Jocelyn doesn’t believe the government knows how wounded the industry is, so his organization is just wrapping up a full economic impact study by accounting firm Meyers Norris Penny.

“We really need some numbers that we can put in front of them to paint that picture. I’m anxiously awaiting that report,” he said. He expects it will be released around the second week of November.

While some hotels in the province benefited from Manitobans taking stay-cations this year and exploring more of their own province, it’s not enough to turn the year around, Jocelyn said.

Some of the biggest hotels in Winnipeg have had single-digit occupancy rates after being closed for a few months due to COVID-19, he said.

“The stay-cation model, that’s not going to work for them.”