WINNIPEG — Winnipeg police confirmed that a truck that flipped on its side in the River Heights area on Monday morning was stolen.

The collision took place around 4:30 a.m. at Grant Avenue and Waverley Street. 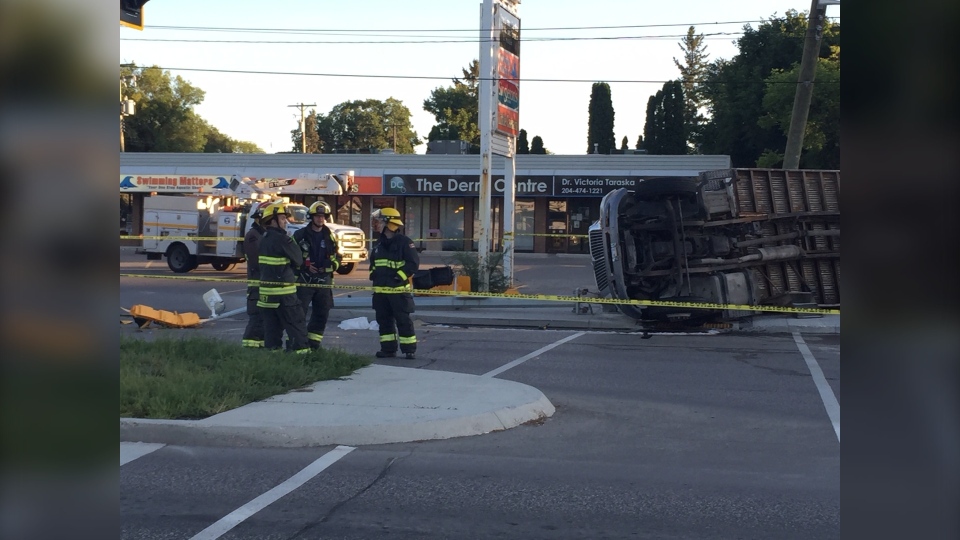 Police said there were two people inside the truck, with one being taken to hospital in stable condition.

Images from the scene showed a truck flipped over on its side, a traffic light knocked to the ground, and a hydro pole teetering at an angle. 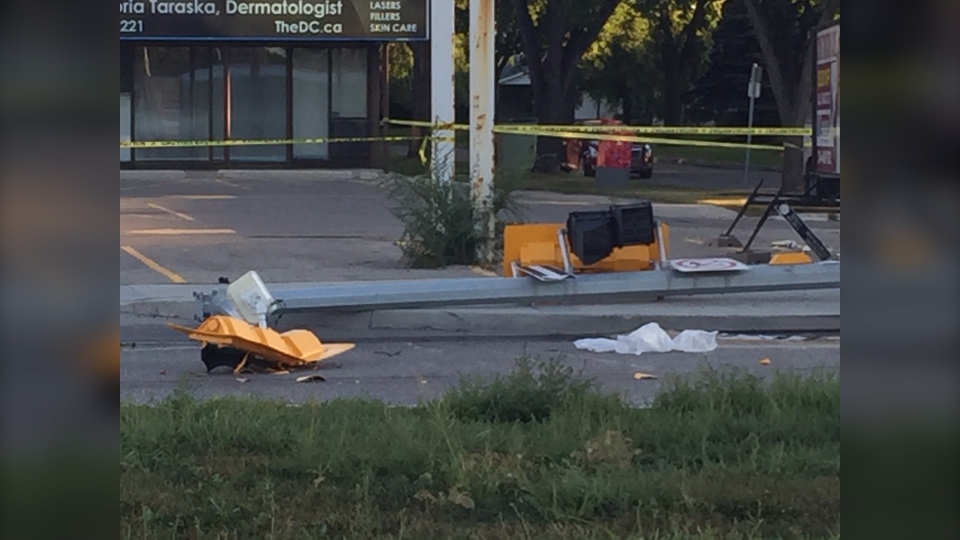 Police noted they took the driver of the truck into custody.

Following the incident, police blocked off a section of Grant Avenue with police tape.

The crash also caused power outages in the area, but hydro restored all customers as of 9 a.m. on Monday.