WINNIPEG — A state of emergency remains in effect for the RM of Stuartburn following significant rainfall in the region since the weekend.

The state of emergency was put into effect Monday afternoon. The RM put a call out for volunteers Monday evening to help sandbag homes in the community.

During an interview on Monday, Reeve David Kiansky said he hadn’t seen the amount of rainfall in the region since the 1997 floods.

“We will have a serious problem with flooding. We’ve lost so many roads, and now this is continuing,” he said. 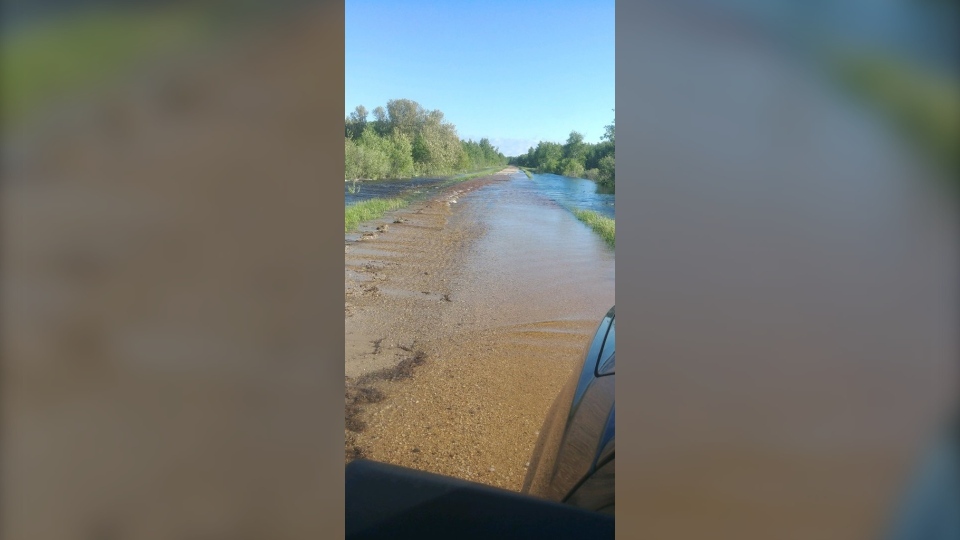 (A photo taken Monday afternoon by RM of Stuartburn Councillor Ed Penner shows some overland flooding on a road in the RM).

According to Environment Canada, several regions in southeastern Manitoba have received significant rainfall in the past 72 hours.

According to preliminary totals, Gardenton, located in the RM of Stuartburn, has received 150 millimetres of precipitation.

They add another 20 millimetres of precipitation is forecast for the region on Tuesday.

-with files from CTV’s Mason DePatie