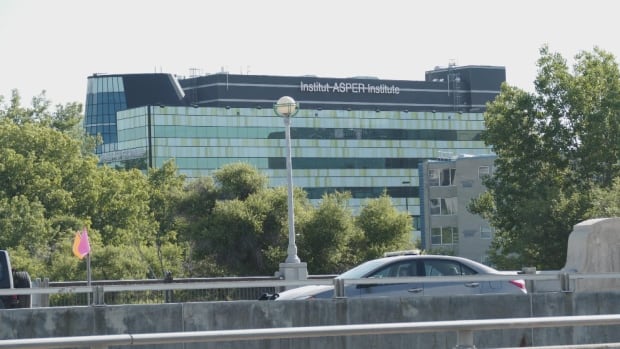 Winnipeg’s St. Boniface hospital is suing the law firm it hired to handle a complaint about construction of a building that’s been plagued with water leak issues for years.

There have been reports since at least 2009 of water leaking in through the exterior walls and windows of the five-storey I.H. Asper Clinical Research Institute, at the hospital complex on Taché Avenue, according to court records.

The hospital hired law firm MLT Aikins in 2016 to provide legal advice for a potential claim against PCL Constructors of Canada Inc. and subcontractor Ferguson Corporation for faulty design or construction, a statement of claim says.

The claim, filed by St. Boniface General Hospital on July 16 in Manitoba Court of Queen’s Bench, alleges the law firm was negligent by missing a deadline to file a lawsuit against the construction companies.

The hospital needed its lawyer to file an application under the Manitoba Limitation of Actions Act, seeking an order extending the time allowed to start a lawsuit against the builder, the claim says.

An application to the court was filed in November 2016 but the judge ruled that was too late — a decision later upheld by the Manitoba Court of Appeal.

The courts found the application had to be filed within one year of a June 2015 consultant’s report that identified issues with construction of the building. More than a year passed before the lawyer filed the application.

The hospital declined an interview request and refused to say whether the leaks in the building have been fixed.

A spokesperson for MLT Aikins told CBC News the law firm would not comment on matters before the court.

Allegations against PCL and Ferguson have not been tested in court. Both companies declined comment.

More than 60 reports of leaks

Events leading up to the hospital’s lawsuit against MLT Aikins are outlined in the 2019 appeal court decision.

The hospital contracted PCL in 2002 to construct the building for more than $17 million.

It currently houses in-patient and outpatient clinics for cardiac patients, administration for the cardiac sciences program and several research programs.

The building, which was finished in 2003, was intended as a research facility but remained “substantially” vacant for several years, according to the 2019 appeal court decision.

In 2006 and 2008, two floors were developed to be used as office space. By 2012, three floors were completed for use as cardiac care units, the court found.

Between 2012 and 2014, there were over 60 reports of water infiltrating the building — including wet windows, leaking ceilings, water collecting on windowsills and damaged drywall. There were four other reports in 2009 and 2010, the appeal court noted.

The hospital hired an independent expert to investigate the cause of the water issues. In June 2015, it received the interim report that set in motion the one-year time limit for a potential lawsuit against the builders.

The report identified problems such as “significant infiltration of cold, exterior air” through the building envelope and “high levels of infiltration/exfiltration due to air leakage through the window and wall system,” the judgment said.

According to a court brief related to the 2016 application for extension, PCL and Ferguson said they did not accept responsibility for the air leakage and water penetration.

During the appeal, the hospital argued the consultant’s interim report didn’t definitively determine the cause of water penetration into the building.

But the appeal court found that the interim report gave the hospital all the information necessary to file the paperwork to start a lawsuit against the builders, rather than waiting for a final report by the consultant.

Appeal court Justice Jennifer Pfuetzner said in her decision that Manitoba’s law governing the 12-month time limit for starting court claims is in need of reform.

“The modern limitations statutes adopted in other provinces are far simpler,” she wrote.

“Generally, they provide that the limitation period does not begin to run until the claimant has actual or constructive knowledge of the fact that he or she has a claim.”

The hospital’s lawsuit against MLT Aikins seeks an unspecified amount in damages and a reimbursement of legal fees.

The allegations in the suit have not been proven in court.