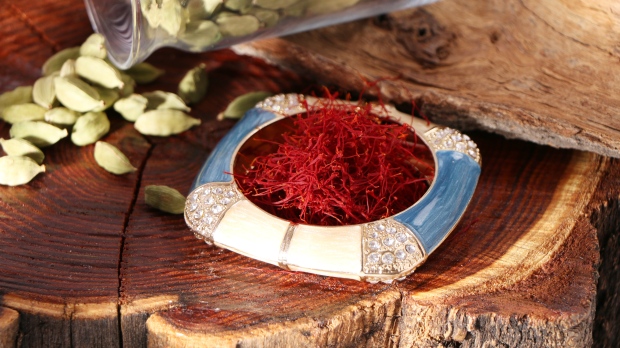 TORONTO — British police are looking for two suspects who allegedly broke into a warehouse in London and stole over CAD$84,000 worth of saffron.

London’s Metropolitan Police have released CCTV footage of the spice heist that shows two men forcing their way into an independent business’s storage unit in Ilford on June 11. The men ignore the other stock and head straight for a box containing 10 kilograms of saffron valued at approximately 50,000 British pounds.

The expensive spice, which is used in a variety of cuisines including Indian, Persian, Moroccan and Arabic, is “worth more than its weight in gold”, according to investigating officer Det. Sgt. Laura Mills.

The high price tag is in part due to saffron’s labour-intensive harvesting method.

“This is someone’s livelihood and this theft will, of course, impact their business,” Mills said in a press release.

“The victims are angry and upset that someone has done this to them. It’s important that those who are responsible are caught and the spice is returned to its rightful owners,” she added.

Police say no arrests have been made in the case.

“Someone knows something about this burglary and I am appealing to them to contact our team. If you have any information, no matter how insignificant you think it might be, please contact us,” Mills said.

Anyone with information is being asked to get in touch with local authorities or contact Crimestoppers.