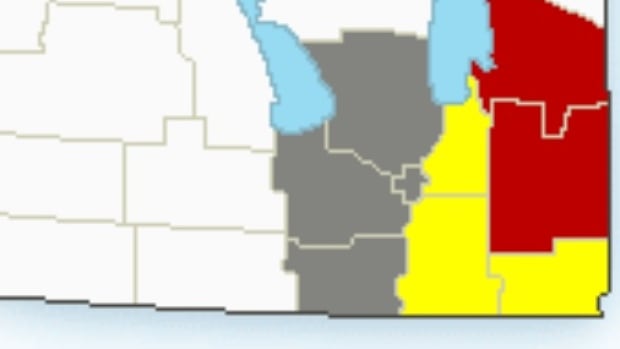 Parts of southeastern Manitoba are under heat advisories, as well as severe thunderstorm warnings and watches on Monday.

In a public weather alert, Environment Canada said meteorologists are tracking the line of storms stretching from Lac du Bonnet north to Bissett and moving east at about 30 km/h, as of 4:45 p.m.

Severe thunderstorm warning in effect for:

Severe thunderstorm watch in effect for:

A combination of hot, humid weather has also prompted a special weather statement from the agency.

Special weather statements are in effect for south-central Manitoba, including Winnipeg, Portage la Prairie, Carman, Morris, Morden, Winkler, Altona and the Interlake region, as temperatures are expected to soar above 30 C in the coming days.