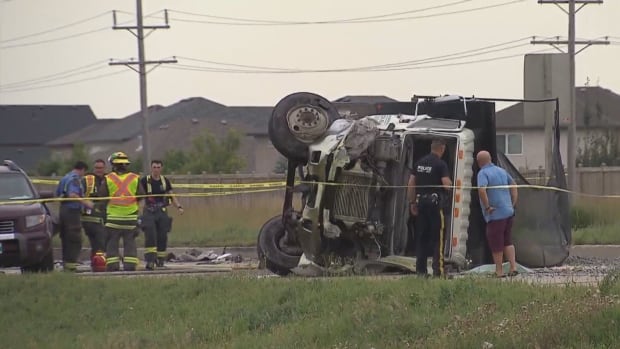 RCMP tweeted that at least three people have been taken to hospital with serious injuries. A large truck and a number of vehicles are involved.

Police say a detour is in place, but drivers should be avoiding the area.