Home  »  News   »   ‘Something fishy is going on’: Hundreds of dead fish wash up on Lake Winnipeg shores

WINNIPEG — Hundreds of dead carp are washing up on the shores around Lake Winnipeg, but one ecologist in Manitoba says it may actually be a good thing.

In the past three weeks residents living along the shores of the south basin of Lake Winnipeg have witnessed an odd sight – dead carp have washed up on the beaches. Now scientists in the province are searching for answers as to what might have caused the mass of fish deaths.

“I was really shocked,” said Geraldine Horbas, a resident who lives on the lake front near Beaconia Beach.

“We get the odd catfish now and then throughout the summer, but I’ve never seen that many dead fish all at once.” 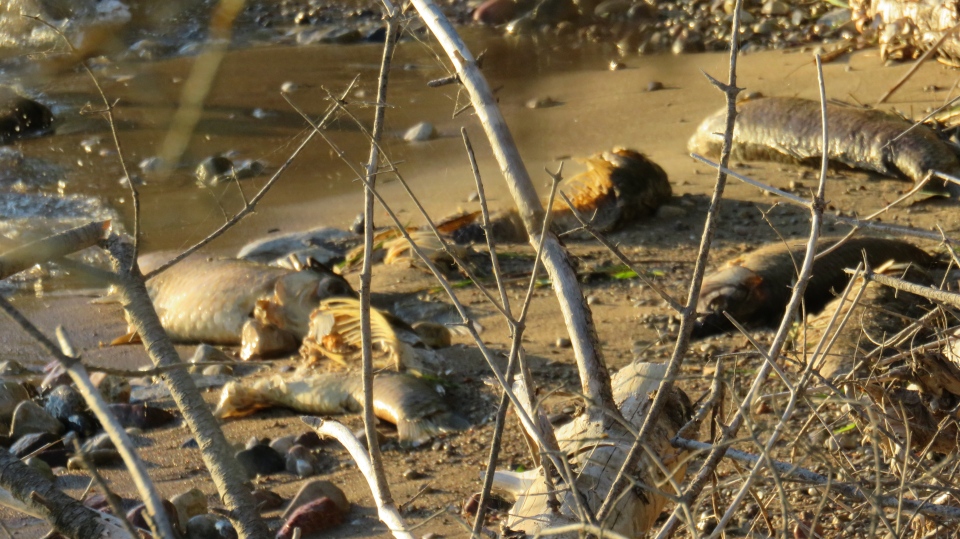 She said the first time she saw noticed the fish there were about 10 washed up on shore. She said the number has been growing since then.

“It’s sad that there is something terribly wrong with our lake. I believe something weird is going with the lake, because the lake is very sick,” she said. “I say something fishy is going on.”

The province’s Wildlife and Fisheries Branch is investigating the possible cause of the die-off.

The province has taken tissue samples and will be looking for two viruses which common carp are susceptible to. One of the viruses known as the Koi Herpes Virus has been documented in Manitoba before.

“We will not know the cause until the tissue analysis is completed, which will take approximately two weeks,” provincial spokesperson John Neufeld told CTV News.

A spokesperson for Canada’s Ministry of Fisheries and Oceans told CTV News that it has received reports of the dead fish showing up on the shores of Lake Winnipeg between Netley-Libau Marsh and Victoria Beach. 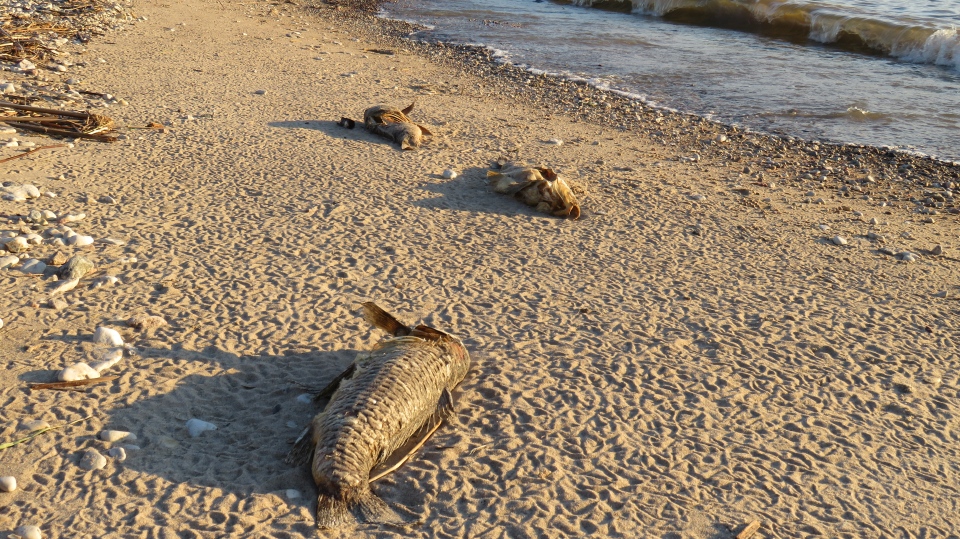 They said the ministry is working with Manitoba to determine the cause of the death.

While the province works to discover the cause, local rural municipalities are left to wait, and deal with the decomposing fish.

“We’ll have to wait and see if the provincial people find out what it is, or if we have to do the cleanup,” said RM of St. Clements Mayor Debbie Fiebelkorn, who heard about the fish this week.

“A lot of time along the shoreline, we don’t do the cleanup.”

She encouraged residents who come across the dead fish in the meantime to use a shovel or rake to push them out of the way. She said they are waiting for direction from the province on how to clean up the fish.

“There is just hundreds of them – it is unbelievable,” said Dave Horbas, a councillor in the RM of St. Clements.

CARP KILL COULD BE A GOOD THING

Scott Forbes, an ecologist and professor of biology at the University of Winnipeg, said it is unclear what is causing the deaths, which he said is likely in the thousands.

He said he heard of reports that fish were dying as early as three weeks ago and says the water would have been too cold for the Koi Herpes Virus to survive in.

“I’m at a bit of a loss. I don’t know if the carp are still dying and if they are, that makes it even more puzzling,” Forbes said.

He suggested another potential cause of the fish kill could be anoxia, which is a lack of oxygen in the water.

While the cause of the death has yet to be determined, Forbes said there is no need to be concerned.

“Carp are an invasive species, and they are quite ecologically destructive, and so the fewer carp the better,” he said.

“The sight of dead and rotting carp is always unpleasant and nobody likes that, but there is really no concern over carp.” 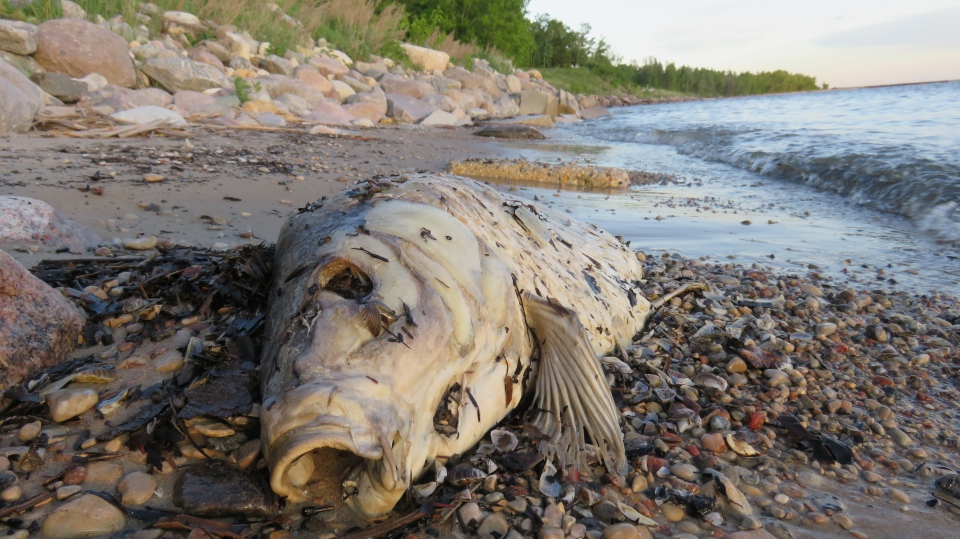 He said there is no human health concern to the viruses being investigated either, Forbes said, though Manitobans may want to avoid the water for the time being.

“If they last into swimming season, you don’t want to be swimming around a bunch of dead fish,” he said.

“In general, other than the unpleasant odour, it is not a big health concern.”

Geraldine said between the smell and the pile of fish, she will be avoiding the beach for now.