Home  »  News   »   Some Winnipeg Transit drivers to return to work 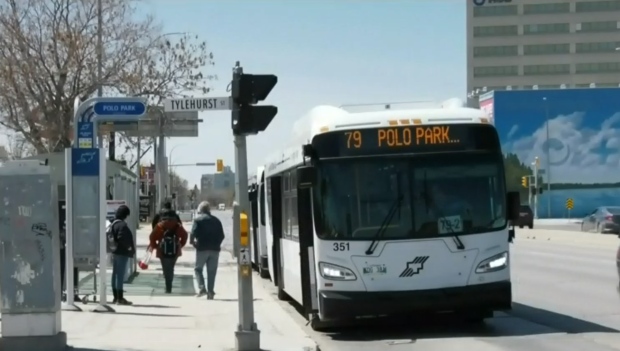 WINNIPEG — The City of Winnipeg will be bringing back some of its bus drivers that were temporarily laid off due to the COVID-19 pandemic.

The city said 100 transit operators will be returning to work over the next three weeks.

A spokesperson with the city said 30 drivers will resume work on Sunday, while 40 will return on June 21 and the remaining 30 return June 28.

“The decision to recall these drivers was made in anticipation of an upcoming increase in vacation periods for operators, in order to maintain current service levels,” the spokesperson wrote in an email.

In April, the city temporarily laid off 253 transit operators due to a ridership decline due to the COVID-19 pandemic. The city said ridership declined 72 per cent compared to the same period in 2019.

Transit also switched to an enhanced Saturday and Sunday schedule during the pandemic.

“Winnipeg Transit continues to monitor ridership levels, and will resume regular bus service throughout the City once it makes sense to do so,” the city spokesperson said. “Once regular service resumes, the City will welcome all Winnipeg Transit employees back to work.”

CTV Winnipeg has reached out to the Amalgamated Transit Union Local 1505 for comment.