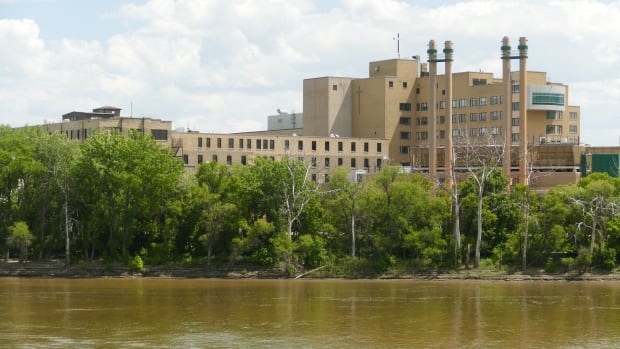 Some staff in a diagnostic department at St. Boniface Hospital have been sent into self-isolation after a co-worker tested positive for COVID-19, CBC has learned.

A memo was sent Tuesday by Shared Health Manitoba to all staff at the hospital, informing them an employee who works in the echocardiography department tested positive for the disease associated with the novel coronavirus.

Echocardiograms use sound waves to create images of a patient’s heart.

This is at least the third known case of a Manitoba health-care worker contracting the virus.

When asked about the infection status of health-care workers earlier Tuesday, Manitoba’s chief public health officer said he could not confirm any specifics.

“We know how this virus is transmitted and the personal protective equipment that is required,” Dr. Brent Roussin ​​​​​said.

“We know in other jurisdictions throughout the world there is unfortunately transmission that can take place in health-care settings and that’s why we have as many protocols as we can to protect our staff, which is one of our biggest priorities.”

Public health, occupational health and infection prevention and control are investigating the case at St. Boniface, the memo says, and are following up with people at risk of exposure.

In the memo, Shared Health said it is notifying individuals who came in close contact to the worker and providing direction to staff on the type of actions or precautions to take:

No patients have been identified as close contacts of the worker, according to the memo.

The department is undergoing cleaning, as per protocol, and will return to normal service on Wednesday. It is unclear how the department has been functioning in the meantime.

The memo did not indicate how many hospital staff are self-isolating as a result of the positive test.

When contacted by CBC late Tuesday night, a spokesperson for Shared Health could not elaborate on how many staff would have to go into self-isolation, or how their absence would impact the department.

Physicians and other staff who were not contacted by investigators have been advised to report to work as usual.

In terms of additional steps being taken to prevent health-care workers from infection, chief nursing officer Lanette Siragusa said in most cases workers are taking precautions to avoid close contact and droplets.

“The most important thing we can do is to practise social distancing, wash our hands often, stay home when we’re sick and wear the required [personal protective equipment] that’s appropriate for that situation,” she said.