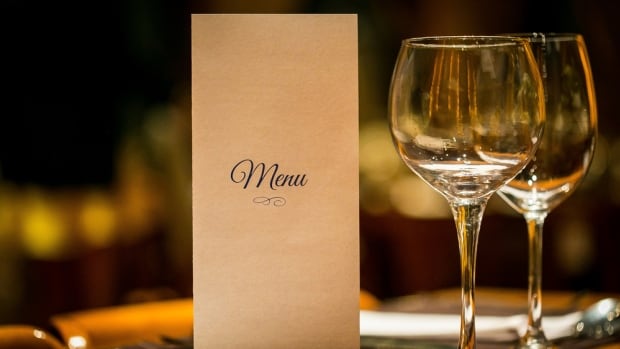 Sit down for a meal at restaurants around the world right now, and your table could feature anything from shower curtains pulled round your party at an Ohio cafe to clear plastic sneeze guards separating diners in restaurants from Hong Kong to Rome.

In a field in Sweden, you’ll find a basket-and-pulley setup rigged to ferry food to a table for one, provided you book well in advance.

Around the world, restaurant owners are coming up with their own ways to do business in the midst of a pandemic that’s thrown their industry on its head.

But restaurateurs in Manitoba say the reopening reality closer to home is likely to look more familiar — just with diners a lot farther apart — as restaurants focus capital on simply keeping the lights on.

The COVID-19 pandemic has hit the restaurant industry hard. Statistics Canada says the accommodation and food services sector shrank by almost a quarter in March and dropped again by nearly 10 per cent in April. Across sectors, some of the hardest hit have been small businesses.

“We could see anywhere from 10 to 30 per cent of restaurants simply disappear,” said James Rilett, vice-president of the central Canada region with Restaurants Canada.

“When we look at independent restaurants, about 50 per cent of them had doubts whether they’d be able to reopen.”

In Manitoba, some restaurants have already announced permanent closures, while others worry about how they’ll get by.

Some restaurant patios are open now, in keeping with rules under the province’s plan to reopen the economy. Indoor dining rooms can’t open until June 1 at the earliest, but that date and the rules surrounding it remain subject to change.

Despite the uncertainty, Siwicki said he wouldn’t be surprised to see creative solutions emerge locally.

Rilett is skeptical about seeing widespread use in Canada of changes like tableside sneeze guards or extra walls, because those interventions cost money and space, he said.

Instead, he said diners should expect to see different table layouts when they return to their favourite spots — and the floorplan of individual dining rooms could have a big impact on how those restaurants bounce back.

Manitoba guidelines indicate restaurants will have to cut back dining room occupancy by 50 per cent. But requirements for physical distancing between everyone inside the building could limit occupancy even further, Rilett said.

“Even if I do have a lot of floor space, if that’s long and thin, by the time you get a corridor for staff and patrons to walk through it might take out more than half your tables,” he said.

Where a restaurant may have had one host seating people and wiping tables and menus down between guests, they may now need two or three, he said. He’s expecting to see more staff involved in explaining sanitation processes to customers, too.

“There’s going to be a lot of labour going out, just to make sure that that’s happening properly,” he said.

In small restaurants, Rilett says the rules may hit harder. The same size constraints that previously created a feeling of coziness and intimacy or a friendly hustle-and-bustle could work against restaurants during a pandemic.

“A lot of our original concept was high-quality food, in a very intimate dinner environment,” said Cam Chabot, co-owner of Winnipeg’s Close Co. The restaurant on Stafford Street has a footprint of fewer than 400 square feet.

“That is not what people will be looking for in the near future, and nor do we want to put anyone in that position.”

After closing its dining room, Close Co. adapted by pivoting to offer takeout. Now, Chabot and other owners are trying to figure out if they can afford to stay where they are in the face of unchanging overhead obligations and reduced capacity.

“There’s so much uncertainty there. The easy thing to do would be to shut down,” he said.

“We’re still in the feeling-out phase of whether this is even viable. And I know for a lot of restaurants, it’s just not going to be.”

Lucien Joyal, general manager and co-owner of The Oxbow Natural Wine Bar and Restaurant in Winnipeg, said he’s expecting to see a heightened awareness from diners about how close they are to each other and staff.

The South Osborne restaurant closed in March ahead of provincial orders. Summer months there are usually slower, Joyal said, since they don’t have a patio. Owners are expecting not to reopen until late summer or fall.

“I think what we’re definitely expecting to see is … a shift in the diners’ consciousness, in terms of how they perceive things like distance between tables or distance between you and your server,” he said.

“The way they see things like, you know, hand-washing and, you know, use of shared bathrooms and even things like menus.… A lot of places are going to switch to using laminated menus or using paper menus that are disposed of after each use.”

‘All we can do is adapt’

There’s no timeline for when the pandemic, or any impact it has on public habits, will fade. As the economy reopens, Rilett said Manitoba may be well-served by what he sees as a relatively stronger culture of supporting local.

“If anything positive comes out of this, if it’s a better link between the producer and the restaurants, then that’d definitely be a good thing.”

At the local level, Joyal said he sees resilience and creativity in the industry around him.

“Small restaurants and small businesses pride themselves on their adaptability. That really is kind of the name of the game,” he said.

“It’s difficult for us to speculate on how people’s perception and how people’s awareness is going to change over time. So from our end, all we can do is adapt as we go.”