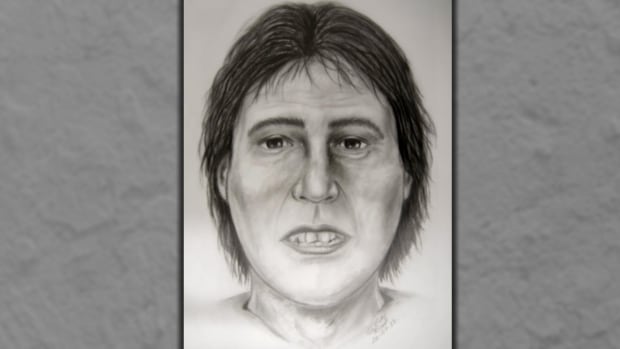 Manitoba RCMP have released a sketch of a man whose remains were found in Little Grand Rapids last month, and are now hoping the public can identify him.

The remains were found on the outskirts of the community, near a lagoon area, around 9:15 p.m. on June 30 by people riding ATVs, police said. But it is believed the man died long before then.

“Based on the information from experts assisting us in the investigation, we believe the deceased male has been at the location where he was found for approximately three to eight months,” said RCMP spokesperson Cpl. Julie Courchaine.

“Little Grand Rapids is only accessible by aircraft in the summer, however, in the winter there is an ice road that leads north and south out of the community. This means this individual could be from anywhere in Manitoba or even outside the province.”

No one in the community is aware of anyone who has gone missing, she added.

“We are hoping someone who has not seen or heard from a loved one recently who matches this description will contact us to further this investigation,” Courchaine said.

After the remains were found, police conducted a comprehensive search of the area but no additional items linked to the man were found. A database search of a fingerprint from the man also failed to yield any results.

Since then, the RCMP’s major crime services and forensic identification services have been working with the office of the chief medical examiner and an anthropologist from Brandon University to identity the man and cause of death.

As well, an RCMP forensic artist from Alberta was called in to create a two-dimensional reconstruction of the man’s appearance, based on all available information.

The RCMP are asking for the public’s assistance in identifying the man, who is described as being between five foot eight and six foot three in height and between the ages of 35 and 60. He had dark brown hair and a crooked but full set of teeth (the front teeth are considered a distinguishing feature).

He was wearing Wrangler brand jeans with a string as a belt.

The cause of death has still not been determined, said Courchaine.

Little Grand Rapids is near the Manitoba-Ontario border, about 265 kilometres northeast of Winnipeg.