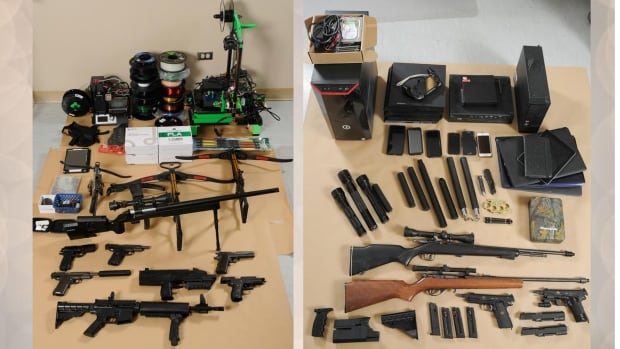 An attempted smuggling of a gun silencer from the U.S. into Canada set off an investigation that led to two weapons busts in northern Manitoba earlier this month.

Police then searched two homes in The Pas on Sept. 1 and 2, and found evidence suggesting guns and silencers were being manufactured, RCMP said.

Police have issued an arrest warrant for another 49-year-old man from the area. He faces similar firearm and silencer manufacturing charges, along with other offences related to unauthorized possession of loaded guns, and two counts of possession of a handgun contrary to a court order.