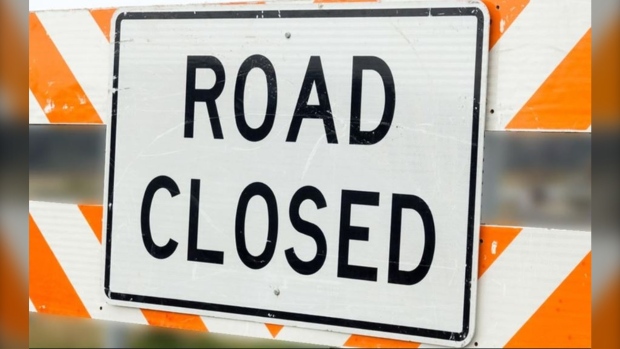 WINNIPEG — Road repairs at the intersection of Fermor Avenue and Lagimodière Boulevard are going to result in temporary closures and traffic restrictions over the weekend.

The City of Winnipeg said the temporary closures are scheduled to start at 6 p.m. on Friday, and will be in effect until 9 p.m. on Sunday for paving operations.

Those travelling east or west on Fermor will not be able to cross the intersection; only right turns onto Lagimodière will be allowed.

The city said people can still travel north and south on Lagimodière, though traffic will be limited to one lane in either direction. Access to Fermor from Lagimodière will be restricted to right turns only.

“Motorists should expect significant delays, allow additional travel time to get to their destinations, and use alternate routes, such as Dugald Road or Provincial Trunk Highway 59,” the city said in a news release.

Pedestrian and cycling access to the intersection will be maintained, the city said.

More information about street closures can be found on the City of Winnipeg website.