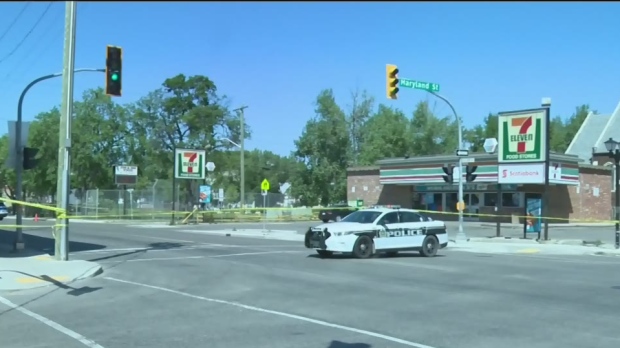 WINNIPEG — A man was taken to hospital in critical condition after being shot Saturday morning.

At 8:00 a.m., police were called to the 600 block of Ellice Avenue, where they found a man in his 50s suffering from a gunshot wound. The man was taken to hospital in critical condition but has since been upgraded to stable condition.

Police said the investigation led to a home in the 500 block of Maryland Street. Officers took several people into custody from within the house.

A stretch of Ellice Avenue and Maryland Street was closed most of Saturday morning while police investigated.

Police are looking to speak with a man who spoke to the first two officers to arrive. This man told police that he had been a victim of a robbery a short time earlier but left before being able to provide further details.