Home  »  News   »   ‘She never wanted to let me down’: Mother of teen shot by Winnipeg police speaks out 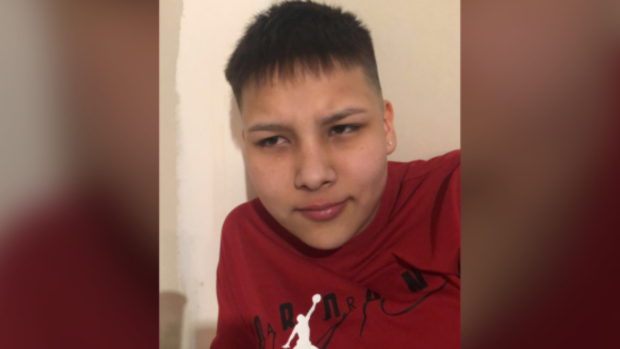 CTV News Winnipeg has learned Eishia Hudson was taken to hospital after being treated on scene by officers, but died from her injuries.

“Eishia was a smart child, she never wanted to let me down,” said Christie Zebrasky, Hudson’s mother, on Thursday. “She was always gung-ho. I’m not letting mom down.”

Hudson was living with Zebrasky at the time of her death.

Zebrasky said her daughter stayed over at a friend’s house for a sleepover on Tuesday, and came home Wednesday morning to brush her teeth, before leaving the home. Hudson told Zebrasky she was hanging out with friends.

On Wednesday evening, Zebrasky said she had received messages that her daughter might be in trouble.

“I looked on Facebook, and I’d seen something had happened on Lagimodiere,” she said. “I looked on (Snapchat) and saw she was with some friends driving around.”

Zebrasky said Hudson had no prior involvement with police.

That evening, Zebrasky started calling hospitals hourly, looking for information on her daughter, but didn’t receive any information.

It was late on Wednesday when Zebrasky said a representative from the Independent Investigation Unit showed up at her home, and informer her that her daughter had died.

“They came and told me I had to identify my daughter’s tattoos,” she said. “Because she has no prior involvement with police, I had to tell them who she was, show them where her tattoos were, show her identification.”

On Thursday, the Winnipeg Police Service provided additional information about the incident at Lagimodiere Boulevard and Fermor Avenue which lead to the officer involved shooting.

Police said they responded to reports of a robbery at the Sage Creek Liquor Store at 5:25 p.m. on Wednesday. Police allege multiple suspects stole alcohol from the store, and took off in a stolen SUV.

A patrol officer saw the vehicle and began following it. Police say the SUV rammed the police vehicle, and a pursuit started.

The stolen vehicle was involved in a collision with multiple vehicles at Lagimodiere Boulevard and Fermor Avenue, where a police officer fired their weapon.

The Independent Investigation Unit (IIU) is investigating the officer-involved shooting.

“While apprehending the occupants of the vehicle an officer discharged their firearm striking a female occupant,” the IIU stated in its release.