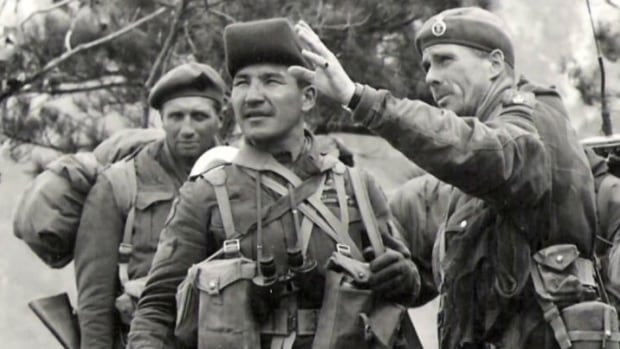 Prince, originally from Brokenhead Ojibway Nation roughly 65 kilometres northeast of Winnipeg, earned 11 medals for his heroism during in the Second World War and Korean War, including one presented to him by King George VI at Buckingham Palace.

But when he returned to Canada, racist federal policies meant he and thousands of other Indigenous veterans were denied many of the benefits given to other veterans. When he died in 1977, the decorated war hero was homeless.

“Sgt. Prince was proud to serve and sacrifice for Canada,” James Bezan, Conservative MP for Selkirk-Interlake-Eastman, said in a Monday news release.

“But as an Indigenous veteran, he was discriminated against by the federal government who failed to provide him the same post-war support as other veterans,”

The party put Prince’s name forward after the Bank of Canada announced in January it’s seeking a new design for the $5 note.

But Manitoba Conservatives say Prince is the best choice for the redesign, citing his bravery as a member of Princess Patricia’s Canadian Light Infantry and as a step toward reconciliation.

Prince himself is a direct descendant of Chief Peguis, for whom Peguis First Nation is named, Bezan said. Chief Peguis signed the treaty with Lord Selkirk that granted land along the Red River to the Selkirk settlers.

The Conservative caucus has created an online campaign asking the public to call for Prince to be on the bill in emails to Morneau as well as Bank of Canada governor Tiff Macklem.