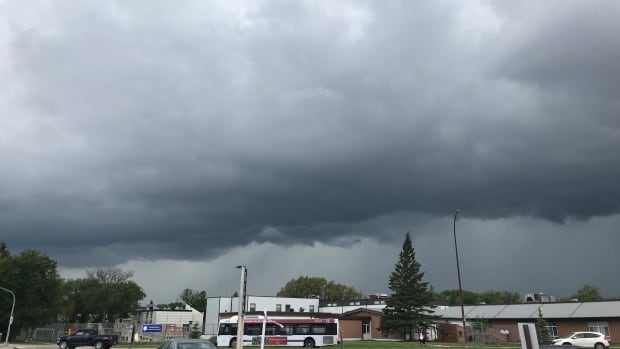 A severe storm warning has ended for southern Manitoba on Saturday.

A low pressure system was triggering storm activity in the province’s south on Saturday evening.

Environment Canada had also issued several severe thunderstorm watches for the south, where its meteorologists said conditions were favourable for severe storms that may be capable of producing strong wind gusts, large hail and heavy rain.

Those watches are also no longer in effect for the City of Winnipeg and much of the province’s south-central and south-east areas, some of which were already contending with high water and flooding.

Environment Canada issues severe thunderstorm watches when atmospheric conditions are favourable for one or more of large hail, damaging winds and torrential rainfall.

Winnipeg reached a high of 21 C on Saturday, with a few showers with thunderstorms expected to end this evening.

The normal high for this time of year is 24 C.