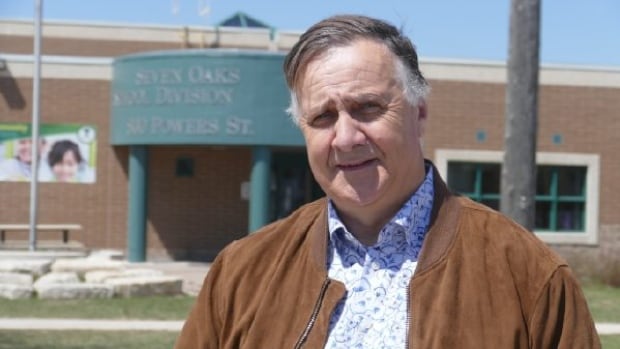 Although it seems unlikely Manitoba students will officially be back in their classrooms during this school year, the Seven Oaks School Division has found a way to get kids back into some of its schools before September — and back into the routine of classes.

The northwest Winnipeg division is rolling out a “robust” series of summer camps for students in the coming weeks, according to superintendent Brian O’Leary.

Getting kids back into the classroom is one way to address the limits of distance learning, he said.

“Some kids have fabulous support at home. Other homes, parents are juggling an awful lot; they’re trying to work at home and look after schooling for a number of kids, so it’s just trying to respond to those needs and those situations.”

The division submitted a request to the province to restructure its traditional summer programming to fit provincial public health guidelines, which currently allow daycares and summer camps to operate.

It got the green light this week.

“We always run programs that try [to] prevent summer learning loss for kids,” he said. “Those programs are more important now than they ever were.”

In-school classes were suspended indefinitely by the province in March. Late last month, Premier Brian Pallister said the province is “not entertaining the idea of reopening the schools at this point in time.”

However, the province’s multi-phase reopening plan does allow for day camps to operate, provided they meet guidelines around physical distancing, sanitation, and screening children and staff.

Beginning in June, seven schools in the Seven Oaks division will open for day camp programs for elementary students, with three sites run in co-operation with the Winnipeg Aboriginal Sports Achievement Centre.

The division also intends to offer programs for newcomers to continue to build on their English skills.

For middle years and high school students, the division plans on opening school sites to offer a series of mini courses.

“We’re looking at programs involving drones, robotics, coding — all kinds of activities that are just going to take care of the needs of a lot of bored kids,” O’Leary said.

“We’ll roll that out as much as we can within the limits of budgets, staffing, and following the province’s guidelines.”

Some of the rules include not allowing more than 16 students at one site.

The division will enhance cleaning procedures and also be required to screen students and staff for symptoms of illness, including cough and fever, and instruct anyone who is sick to stay at home.

O’Leary said having students return to school facilities over the summer on a limited basis will help schools prepare for when they do reopen.

The day camps and mini courses will come at no cost to students, and are being funded through a “patchwork” of funding, partnerships and grants, O’Leary said, adding the focus will be on students with the greatest need.

The division hopes to welcome at least 1,000 kids to its programs and courses over the summer.

Schools will be inviting students to register for the camps in June.