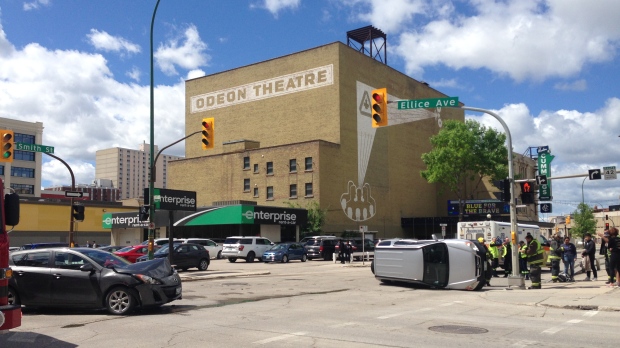 WINNIPEG — A serious collision in the area of Ellice Avenue and Smith Street has shut down westbound traffic, as emergency crews respond to the scene.

On Wednesday afternoon, emergency crews were seen at the collision. Pictures show two vehicles that appear to be involved – one flipped on its side, another with a damaged hood.

An ambulance and fire truck were on the scene.

Police tweeted that westbound Ellice has been closed due to a serious collision.

CTV News has reached out to the City of Winnipeg and Winnipeg Police Service for more information.