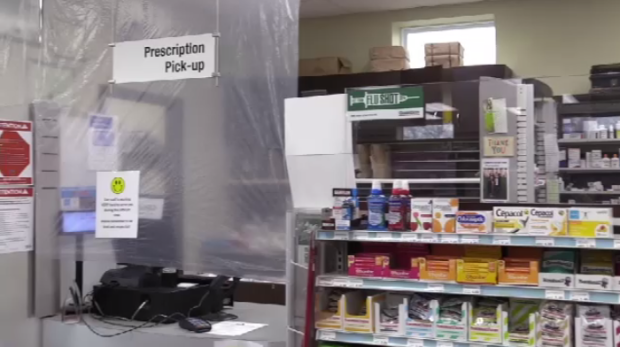 WINNIPEG — Last month the Province of Manitoba asked pharmacies to limit customers to a one-month-supply of prescriptions, in an effort to avoid stockpiling of medication.

But for some, a one month limit is causing financial strain – many people like to buy their prescriptions in bulk because they save money on dispensing fees.

He said he used to buy his meds every six months, but when the province implemented a 30-day maximum on prescription refills, the dispensing fees started adding up.

“I knew I could afford the $10 to $15 every six months,” said Collette. “But now that it’s happening every month, I can really see a difference.”

He said ordering his medication every month is costing him hundreds more in dispensing fees; he had to dip into his savings to keep paying for them.

He said other seniors in his building are struggling as well.

“The people who don’t have the savings, (who) live on a tight budget, they are probably skipping their medications,” said Collette.

Premier Brian Pallister said the issue is a concern for him.

“Our seniors are put in a position of having to absorb some of those additional costs,” he said. ”It’s an issue that all the provinces have talked about.”

He said Health Ministers across the country are currently discussing the issue, and he’ll have more announcements on dispensing fees in the future.

Last Thursday the Province of Nova Scotia announced it would be covering extra dispensing fees for pharmacare clients who typically order their prescriptions in large quantities.

It said the move would help keep money in their pockets, and protect the drug supply.

“The one month dispensing limit the government instituted has provided a critical buffer in our supply chain during this initial response to COVID-19,” Pharmacists Manitoba told CTV News in a written statement.

“But all major decisions have trade-offs, and this was no exception. Some people now face the prospect of more trips to visit the pharmacy, (and) those without coverage must pay more in dispensing fees.”

It said it’s open to finding a better path forward that works for everyone.

Collette believes Manitoba should follow Nova Scotia’s lead when it comes to prescriptions, and he has an idea of how to do it.

“You could order it, they’d put it to the side (and) you’re charged one dispensing fee,” said Collette. “(You could) pick it up once a month. It would probably help a lot.”